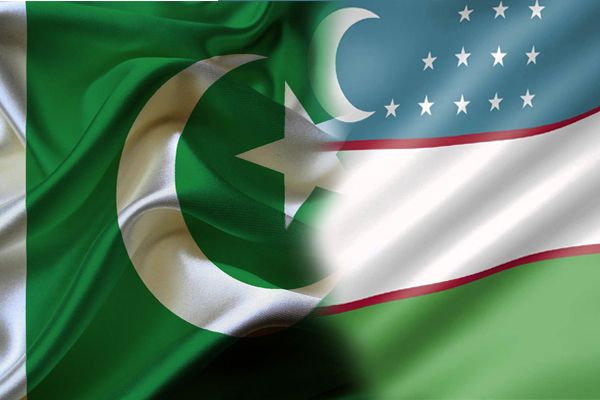 Talking to Ambassador of Uzbekistan Furkat Sidikov, he said Pakistan and Uzbekistan enjoyed close, friendly and fraternal relations based on shared faith, culture and heritage.

He expressed the desire to further strengthen the existing bilateral relations for the mutual benefit of the people of the two brotherly countries and underscored that they have to make efforts to enhance cooperation in the economic and commercial fields.

The president said that there has been an appreciable increase in their bilateral trade from the previous years but “they should jointly strive to increase its volume in the coming years”.

The president underlined that there existed an immense potential in the religious and cultural tourism between Pakistan and Uzbekistan. This potential could be exploited by giving visa facilitation to the citizens of the two countries, he added.

Dr Alvi pointed out that Pakistan in the next five years would focus on greatly on rail and road connectivity, building oil and gas pipelines and electricity transmission networks with its regional neighbors, including Uzbekistan.

The president highlighted that Gwadar seaport, with Pakistan’s national road and railway networks, would offer the shortest route available to Uzbekistan in the region to a seaport.

He appreciated Uzbekistan’s proposal of a railway link between Pakistan, Afghanistan and Uzbekistan and welcomed Uzbek initiatives for regional peace and security, especially for the reconciliation efforts in Afghanistan.

He said that Pakistan fully supports and encourages the peace talks between all stakeholders for a durable peace in Afghanistan, adding enduring peace and stability in Afghanistan was in Pakistan’s interest.

Ambassador of Uzbekistan Furkat Sidikov commended the efforts of Pakistan in the fight against terrorism and stated that Uzbekistan supports Pakistan’s point of view on the Afghan issue.

He further stated that there existed a tremendous potential to enhance trade and economic relations between the two countries and he would make all possible efforts in this regard.