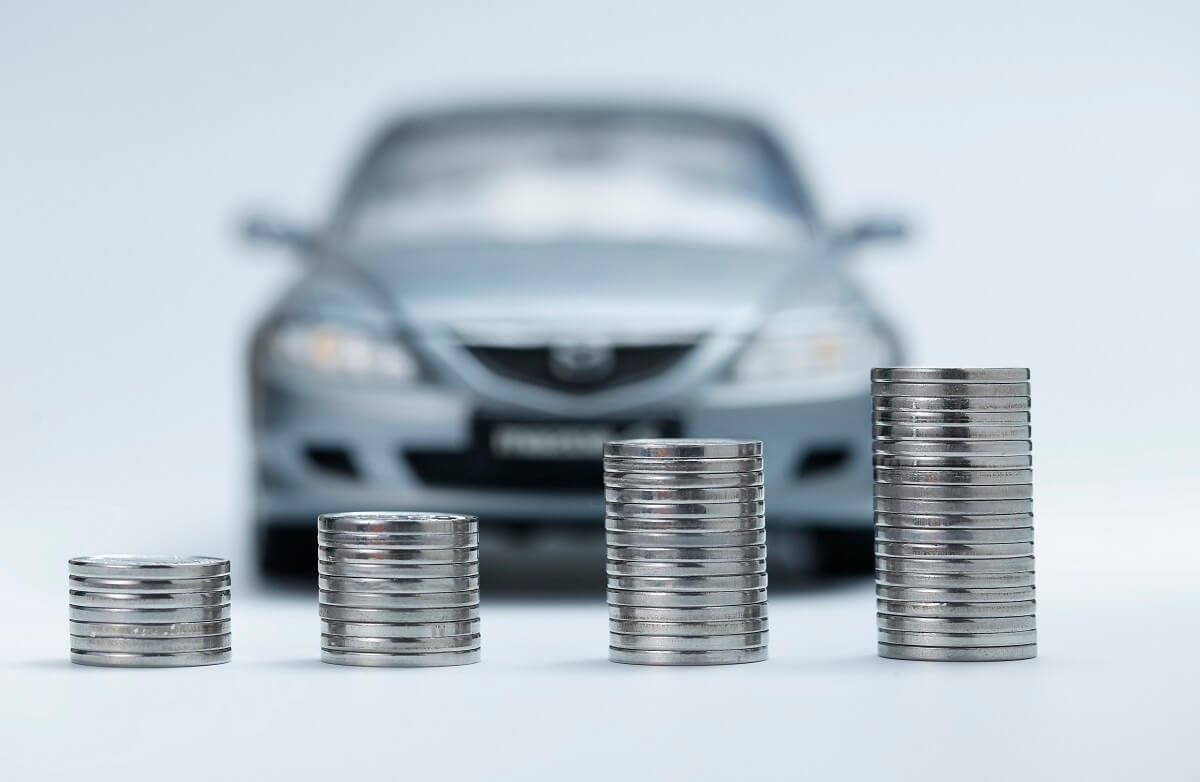 Muhammad Irfan started his rental car business in 2015 with just one used car. Then came Careem and Uber and the boom in both ride-sharing and auto-lending, and soon Irfan was a busy man, growing his business rapidly to eight cars, of which five are on ride-hailing services, operated by drivers he has hired for minimal salaries of Rs20,000 to Rs25,000 a month for 10-12 hours of work a day.

Now, just as his business is really taking off, comes the 425 basis points rise in interest rates, instituted by the State Bank of Pakistan in anticipation of a sharp rise in inflation. All of a sudden, Irfan’s ability to grow his business is highly constrained.

“Running a business is getting harder in Karachi and other parts of the country as the banks hiked their interest rate from this month,” said Mohammad Irfan.

The impact on Irfan’s business is a microcosm of the trade-offs faced by central banks when they set monetary policy: increasing interest rates may curb inflation, but it comes at the expense of reducing the economic growth rate, which would have been spurred by entrepreneurs like Irfan continuing to invest in their businesses.

The rapid rise in auto lending

Prior to the launch of Uber and Careem in Pakistan, auto lending was primarily a consumer lending affair. Banks would lend only to the most reliable of borrowers who were buying cars for their personal use. After the advent of 3G and 4G cellphone service in Pakistan, however, the country witnessed the launch of a wave of mobile internet-enabled businesses, including ride-sharing apps like Uber and Careem. And all of a sudden, from the banks’ perspective, auto lending went from being consumer finance to being small business lending: still risky, but a little less so.

In Karachi, many people who might otherwise not have bought cars for anything other than personal use are now running Careem and Uber businesses: leasing cars from banks and then hiring drivers to operate them on ride-hailing services. The cost of setting up the business is relatively low using an auto loan, since one can start with as little 20% of the value of the care as a down payment and then make monthly installments. The banks, meanwhile, love this business because it is effectively a small business loan secured against a physical asset.

“All the banks easily give finance for vehicles on installments as they keep the vehicle’s documents against the security of their loans,” said Irfan. The companies or drivers have to make monthly installments for up to five years. “Owing to the low-cost interest, it was easy to pay back their installments on time, but now it is almost double in the present circumstances,” claimed Irfan.

The SBP’s decision to hike interest rates, combined with the devaluation of the Pakistani rupee, therefore, will likely also hit the banks’ bottom lines as they are forced to scale back what has until recently been a rapidly growing and highly profitable business line for the banks.

Banks typically charge anywhere between 300 and 400 basis points above the Karachi Interbank Offered Rate (Kibor), which in turn is closely linked to the State Bank’s discount rate. When the discount rate was as low as 5.75%, even a 400 basis point premium above that amount meant that loans would be priced at less than 10% for the end-consumer. Now, however, with the discount rate itself at 10.25%, interest rates for auto loans have soared.

The effect of the rise in interest rates is an expected slowdown in the economic growth rate of the country to as low as 3% for the fiscal year ending June 30, 2019, compared to 5.8% for fiscal year 2018.

And despite the 425 basis point hike in interest rates over the course of little over a year, there are signs that the central bank may still not be done yet with raising rates. “The SBP may also increase 50-100 basis points discount rate for the next monetary policy to overcome the rising inflation,” said an analyst at Topline Securities, a brokerage firm.

For a variety of factors, most notably the religious sensitivities of many Pakistanis, the Islamic banks tend to dominate nearly all forms of consumer financing, including auto loans, This is despite the fact that, on average, Islamic banks in Pakistan charge higher interest rates on virtually all of their consumer borrowing products relative to conventional banks.

A survey conducted by Profit of the interest rates charged by the banks on their auto loans reveals that the Islamic banks have significantly higher rates. Meezan Bank, Bank Alfalah (Islamic banking division) and BankIslami are the most expensive lenders in Pakistan’s auto financing sector. However, the interest rates of Dubai Islamic Banks are little lower compared to other Islamic banks or banks’ Islamic branches.

Ahmed Ali Siddiqui, Head of Product Development and Shariah Compliance at Meezan Bank, said, “We are charging ‘rent’ from our customers as they don’t want to pay ‘interest’.” According to him, this is not a big amount on a five-year investment, as the conventional banks are also charging 15-16% on auto financing.

A research analyst at AKD Securities, an investment bank, had a somewhat more cynical view of the matter: “Islamic banks are also charging a ‘religious tax’, which makes their loans more expensive,” said Hamza Kamal, an analyst who covers the banking sector at AKD Securities.

Among the public sector banks, the First Women Bank is the most expensive lender with interest rate of 20.44%, followed by the Zarai Taraqiati Bank Limited with 16%. (Both banks are not financing for auto loans, but giving loans for other products)

Habib Bank Ltd, the country’s largest bank, is charging a 15% interest rate on auto finance from individuals. “HBL charges the lowest return on financing, as it is the biggest bank of Pakistan,” said Rehan Ahmed, a branch manager at HBL in North Karachi.

MCB Bank is giving out loans at around a 16% interest rate. The big advantage of a loan from MCB, however, is that it is a fixed rate loan: meaning rates are guaranteed not to go up during the entire five-year duration of the loan. Most other banks have variable rate loans, which, in an environment with rising interest rates, is a somewhat unattractive option.

Interestingly, the country’s largest bank owned by the government — the National Bank of Pakistan — also charges 15% interest from individuals, compared to 15% by the military-owned Askari Bank.

Profit before tax of Islamic banking industry increased to Rs23 billion by the end of September 2018 compared to Rs 18 billion in the same quarter last year, according to SBP data. Profitability ratios like return on assets and return on equity (before tax) stood at 1.3% and 20.2% respectively by end of September 2018. During the period under review, operating expense to gross income ratio was registered at 65.1%.

JS Bank is the only bank in Pakistan which is lending directly to the drivers of Careem at 6% under the Prime Minister Youth Business Loan (PMYBL). “We are empowering Careem drivers and present them an opportunity to own a vehicle of their dreams in the pursuit of establishing a source of stable income,” said Zaid Haroon, Head of Corporate Communication of the JS Bank.

“The bank is receiving overwhelming response as we are the only lender in Pakistan who is providing loans under PMYBL scheme at 6% to the Careem’s drivers only to create jobs,” said Zaid Haroon. The bank had so far provided 3,500 cars to the drivers in last 18 months, he added.

As if rising rates were not difficult enough, under new laws, the banks are now required to ask borrowers and depositors the question as to whether they are tax filers or not. A tax filer must have an income of over Rs90,000 to be approved for an auto loan, said sources in the industry.

In May 2018, the outgoing Nawaz Administration had imposed a ban on non-filers, preventing them from buying new vehicles. Similarly, non-filers were also banned from purchasing property valued at more than Rs 4 million. The purpose of the ban was to force these people into the tax net.

The decision of the government severely hit the banking sectors and the auto industry. The banks were the biggest customers of the new brand cars of the locally manufactured cars in Pakistan. Pak Suzuki Company was the biggest beneficiary of the past trend.

“Annually, the banks book approximately 60-70% of locally produced cars for their customers and the bookings of new cars have decline by 30-35% from July last year,” auto industry source claimed. Now the banks are providing loans only to the filers, he claimed.

The new Cabinet of Prime Minister Imran Khan on September 18, 2018 allowed the non-filers to purchase properties and new cars, but later it reversed its directives owing to the pressure of opposition and the economists.

Overseas Pakistanis will be allowed to buy new cars and new property. In case of inherited property, the beneficiary, a widow for example, is also exempt from the condition of filing tax returns. This means the
property can be transferred to the beneficiary regardless of its value even if he or she is not a filer. The third change allows non-filers to purchase automobiles below 200 cc (engine), such as auto rickshaws and motorcycles.

However, the latest amendments once again bar non-filers from buying new automobiles and property. “Previously there was no limit on the type of automobiles non-filers can’t buy, we have changed that,” Finance Minister Asad Umar said on a TV interview, explaining one can’t expect a rickshaw driver or bike riders to be a tax filer. Similarly, those (housewives) who inherit property from their husbands or fathers should not be burdened with this condition, he said.

Since December 2018, Irfan had sold three cars to pay-off bank loans as there is no other option for him to pay higher returns in future. He was paying Rs 300,000 to Rs 350,000 in the head of loan-interest per month. He has started winding up his business because of the rising inflations, non-availability and higher cost of CNG. He said, “if we do not pay the installment on timely, I have to sell other vehicles because the banks will pressurize me to pay the loan or they (banks) will seized my vehicles.”