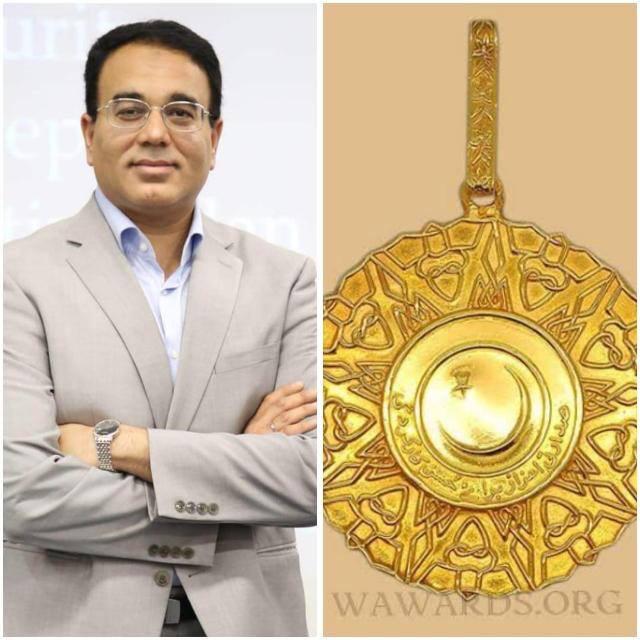 ISLAMABAD: Owner of Islamabad’s Monal restaurant, Luqman Ali Afzal, became the first Pakistani to be awarded a Pride of Performance award for ‘entrepreneurship’, according to a research conducted by Profit.

Instituted in 1958, the President’s Award for Pride of Performance is one of the highest civil awards in Pakistan. To date, this honour has been awarded to artists, sportspersons and scientists and is almost exclusively kept for arts, sports, literature, and medicine categories. This year, however, one nominee has been added in the list of recipients for his entrepreneurial services to the country.

Luqman Ali Afzal is a graduate of Lahore University of Management Sciences (LUMS). His first entrepreneurial experience came almost two decades ago when he borrowed money from his father to buy the shares of LUMS Khoka (canteen shop). In one of his interviews with a private media outlet in 2015, he recalled the times when he used to frequent his university’s administration office to get a telephone extension for the Khoka so he could start free delivery to hostels. Luqman’s first success story then is transforming a snack bar into an elaborate café with both ready-to-eat and gourmet meals on the menu.

After his graduation, he developed a family recreational area in Lahore on lease from the Punjab government and then also went on to establish a restaurant based on traditional village theme. He continued working with government projects, until one of his bids for a project in Islamabad in 2005 that changed the course of his career and life. This was a project of leasing and operating a restaurant at Pir Sohawa, which eventually became The Monal as we know it.

Today, The Monal stands as an ambassador of Pakistan to foreign delegations and travellers, and continues to be among the most favoured spots for a hearty dinner among the locals as well. Over the years, The Monal has expanded from a restaurant into a catering entity, and now also includes two marquee halls. The amusement project at Lake View Park in Islamabad is also operated under the same company.

The entrepreneurial success garnered by Luqman has eventually led him to become the only entrepreneur to be nominated for the Pride of Pakistan award. The ceremony for the 2019 awards will be held on March 23, 2019, where President Arif Alvi would confer several civil awards to 127 recipients, as was told in a Cabinet Division press release. In addition to the Pride of Performance award, the ceremony would include the awarding of Nishan-e-Imtiaz, Hilal-i-Quaid-e-Azam, Sitara-e-Shuja’at, Tamgha-e-Shuja’at, and Tamgha-e-Imtiaz.

It is pertinent to mention that the services of Pakistan’s leading businessmen are often recognised at various national and international forums, but no business leader has even been bestowed with the Pride of Performance award.