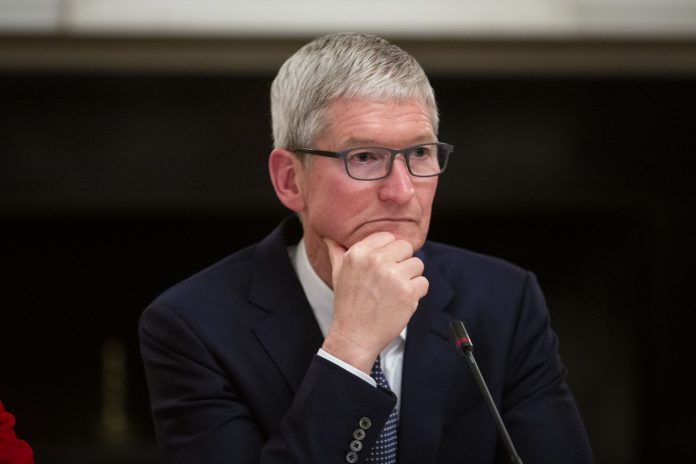 BEIJING: Apple chief executive Tim Cook on Saturday urged China to keep opening up its economy as local rivals bit into the profits of the US tech giant caught in the crosshairs of a trade spat between Beijing and Washington.

“We have seen China continue to change and evolve… We encourage China to continue to open up,” he said during a speech at the annual China Development Forum in Beijing on Saturday.

“We see that as essential not only for China to reach its full potential, but also for the global economy to thrive.”

Apple in January revealed that it took a hit in the “Greater China” region, where revenue plunged almost 27pc in the most recent quarter.

The dip had been expected following the company’s revenue warning in December, where Apple admitted that iPhone sales and overall earnings would be below most forecasts, citing economic weakness in China and trade frictions between Washington and Beijing.

Lower priced local rivals such as Huawei, Xiaomi and Oppo have also been nibbling at the California tech giant’s market share in China.

Cook has been a critic of the US-China trade war that has spooked global markets. Last year, he used the China Development Forum as a venue to urge leaders of China and the US to let “calm heads prevail” and to avoid an escalation of tariffs.

Most of Apple’s flagship products are assembled in China, leaving the California tech giant acutely vulnerable to Trump’s tariffs.

During his speech on Saturday, Cook called for partnerships based on “openness and trust” where world players can work together to solve some of the biggest problems facing the planet including poverty, inequality and climate change.

ISLAMABAD: The National Coordination Committee on Foreign Funded Projects (NCC-FFP) on Thursday reviewed the progress of the power sector's projects. In this regard, Federal Minister...
Read more
World Business News

NEW YORK: Coinbase, the biggest US cryptocurrency exchange, moved a step closer to listing on the Nasdaq with a filing on Thursday to go...
Read more
HEADLINES

PESHAWAR: The provincial government has announced to introduce a universal vehicle number plate system from July 2022 in a bid to improve provincial revenue...
Read more
- Advertisement -