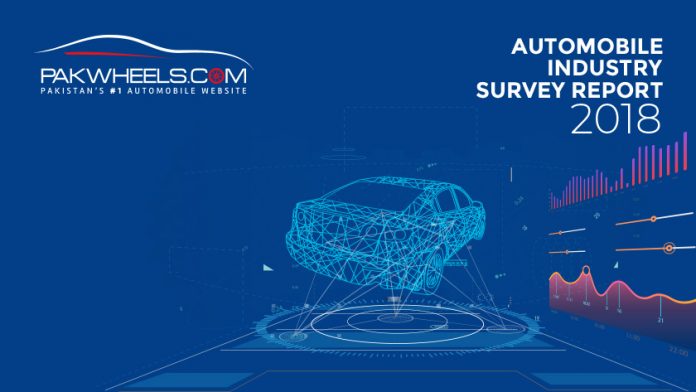 According to PakWheels.com Automobile Industry Survey Report 2018, 35 per cent of the car market is dominated by Toyota, followed by Suzuki at 29 per cent, Honda 27 per cent and 9 per cent others.

Keeping in line with its tradition of being at the forefront of Pakistan’s automobile scene, PakWheels this year too, conducted a detailed survey titled Automobile Industry Survey Report 2018.

In the car segment, it is Toyota which dominates the market (35 per cent), followed by Suzuki (29 per cent) and Honda (27 per cent). Under Toyota’s brand, Corolla emerged as the clear winner with a 20 per cent market share, followed by Honda City (12 per cent) and Civic (11 per cent).

Under Suzuki’s banner, Cultus (8 per cent), Mehran (7 per cent), Wagon R (4 per cent), and Swift (2 per cent) were the most popular models among survey respondents. The pattern that emerges from the survey is rather interesting – that while Honda and Suzuki have more than one popular models, Toyota has only one – Corolla. 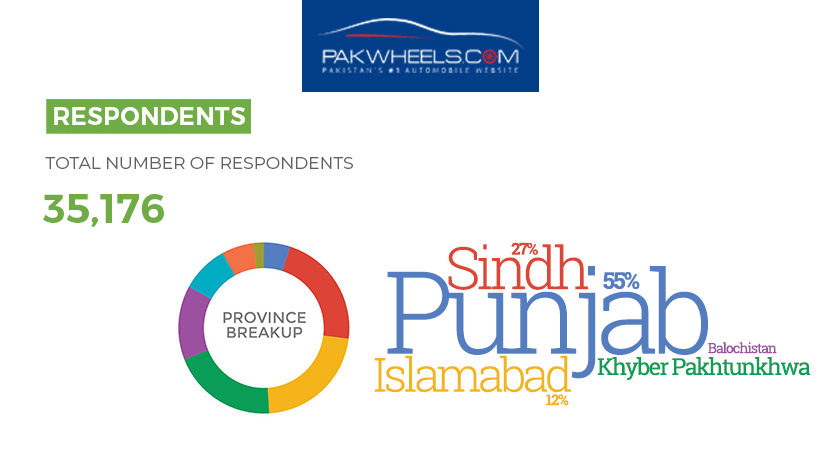 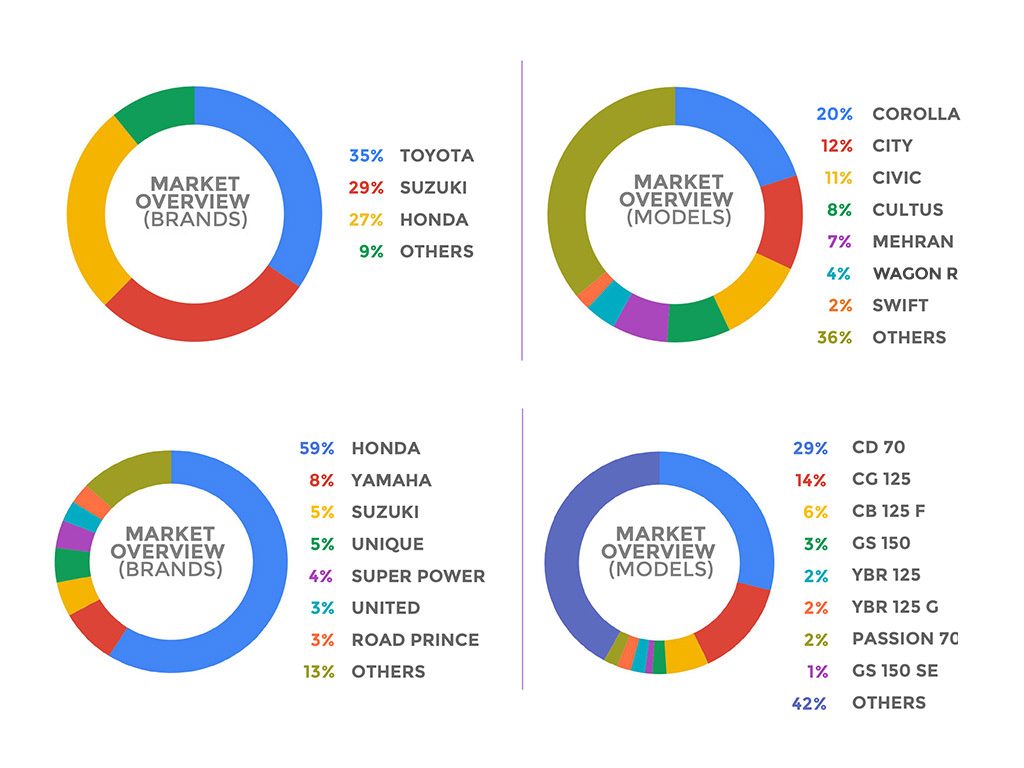 Under the Yamaha brand, YBR 125 and YBR 125 G were the most popular models, which equally (2 per cent) dominated the bike market.

Only 3 per cent spent more than Rs3.5 million on their cars. 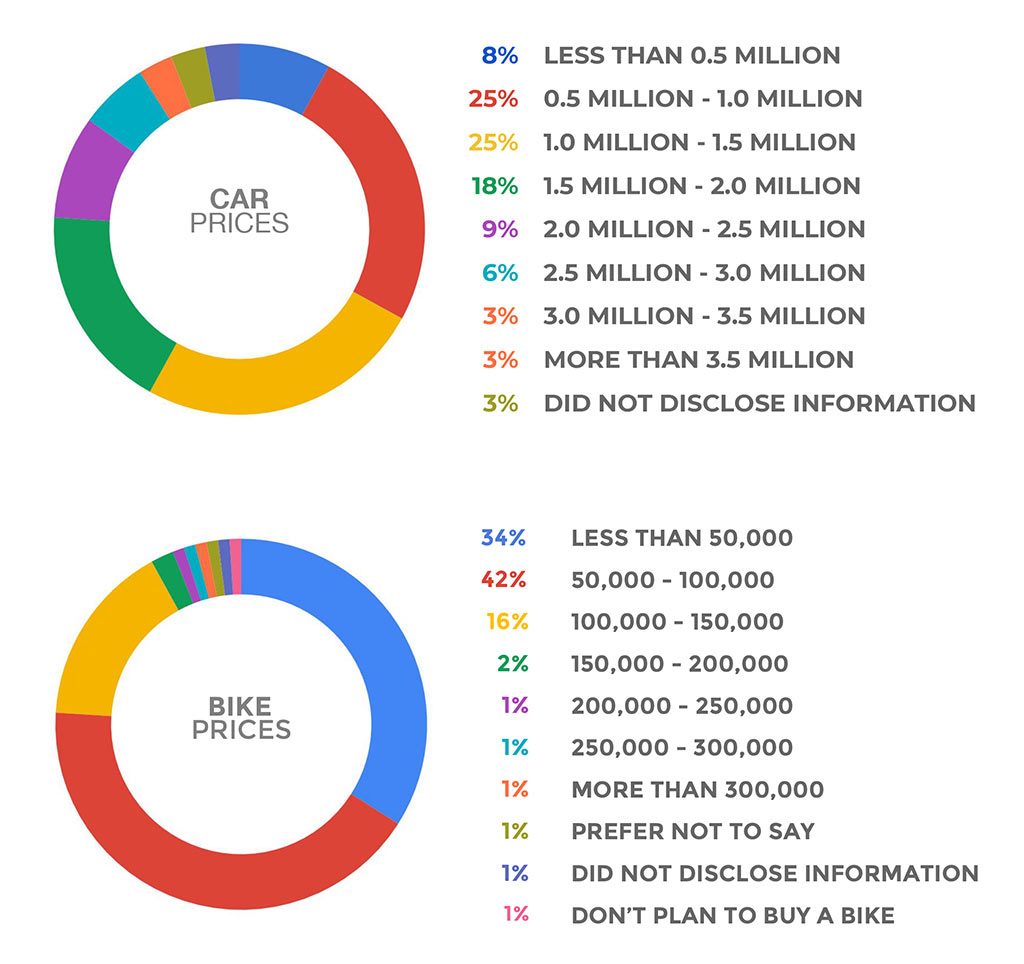 Like its predecessors, this survey, too, revealed some interesting facts. For example, while 80 per cent had a driving license, 20 per cent drove or rode without a license. An alarming number of 67 per cent of respondents aged less than 18 drove without a driver’s license.

64 per cent of the respondents bought a used car, while 34 per cent bought a new car.

The most important aspect for respondents owning cars was their vehicle’s safety, followed by comfort and then fuel efficiency. Interestingly, their car’s resale value played a minor role in their decision of buying that car. 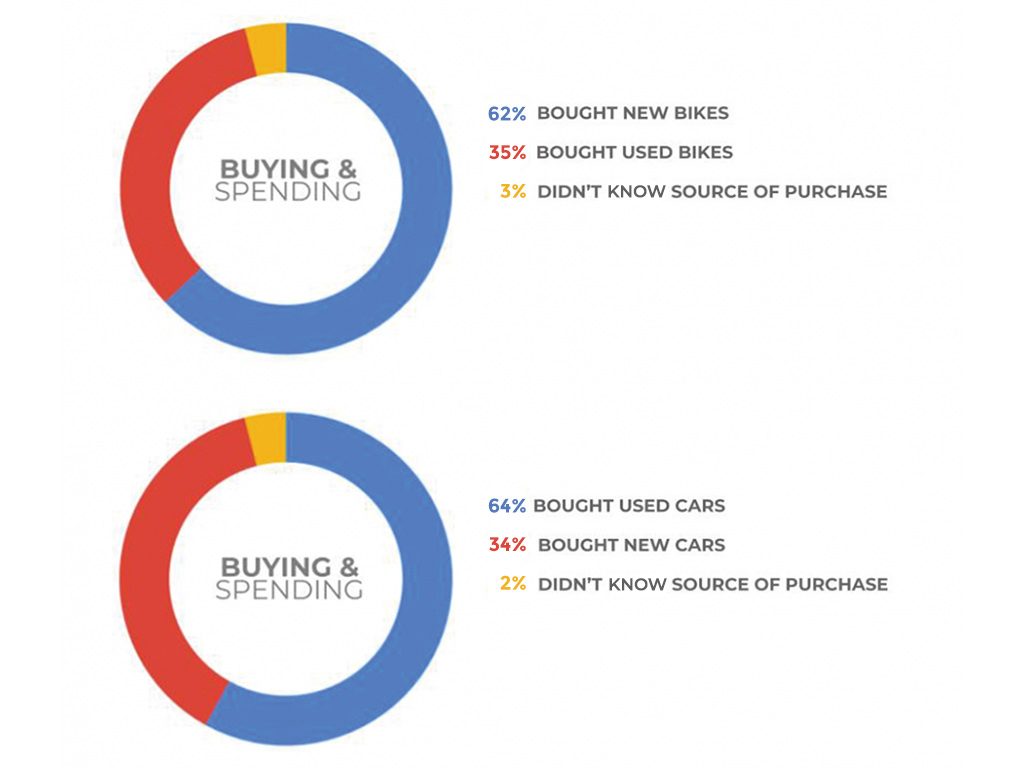 Unlike previous years, this year, PakWheels introduced a new category in this survey – SUV of the Year and Automobile Industry Survey Report 2018 winner in this category is Toyota Fortuner.

Link to the survey: https://bit.ly/2UInZUM