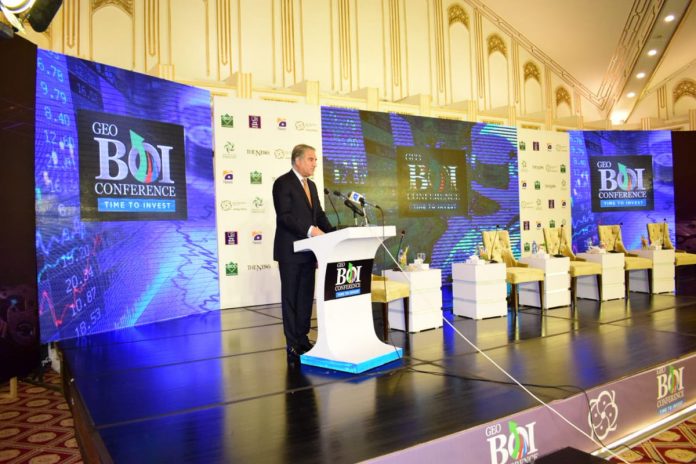 Foreign Minister Shah Mehmood Qureshi has said the government is pursuing economic diplomacy for the socioeconomic and sustainable development of the country.

Addressing an investment conference in Islamabad on Friday, Shah Mehmood Qureshi said various steps have been taken to create a pro-investment environment, and “it is time for entrepreneurs to take advantage of lucrative business opportunities in the country”.

Highlighting the achievements of Pakistan Tehreek-e-Insaf government on the foreign policy front, the foreign minister said Pakistan played a key role for the peace and reconciliation process in Afghanistan.

The minister said concerted efforts are being made to promote tourism, adding that a new visa regime has been introduced to facilitate the tourists.