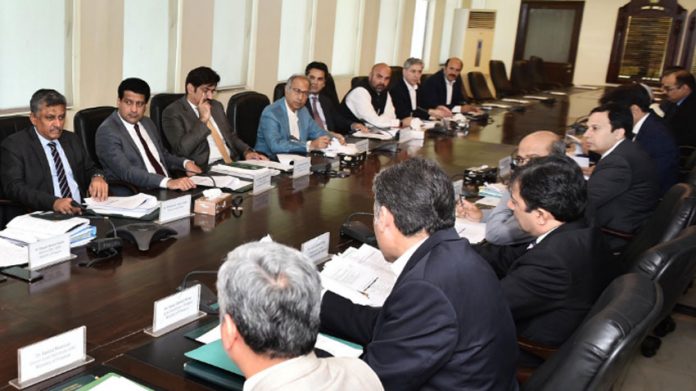 The Fiscal Coordination Committee (FCC) on Saturday approved a recommendation made by its sub-committee on Public Finance Management Reforms, which set out certain conditions for the centre to provide grants to provincial governments, a press release by the finance ministry said.

A meeting of the FCC — a forum constituted by the Council of Common Interests in order to improve coordination between the centre and the provinces on fiscal matters — was held in Islamabad with Adviser on Finance, Revenue and Economic Affairs Dr Abdul Hafeez Shaikh in the chair. Chief ministers and finance ministers of all four provinces, as well as senior officials of the finance ministry, were also present on the occasion.

It was agreed that provinces will receive grants under the incentive grants system “subject to fulfilment of certain baselines in public finance management and social sector’s development, especially in health and education”.

The committee said that “further refinement” will be made in the process in order to improve coordination between federal and provincial governments.

The committee also reviewed a report on the bi-annual implementation of the National Finance Commission award over the period of January to June 2018 and approved it for presentation before the national and provincial assemblies.