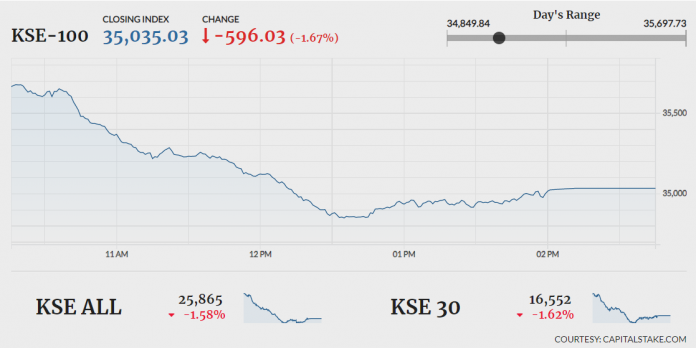 KARACHI: Bears took charge of the Pakistan Stock Exchange (PSX) once again on Wednesday, as indices continued to sink further amid lack of economic clarity.

Analysts believe that a successful conclusion of ongoing talks with the IMF team will not only bring clarity to market participants regarding future policy actions but will also enable the government to set targets/projections for the next fiscal year.

The overall market volumes improved by 73pc and were recorded at 113.24 million. A volume surge of this magnitude often warns that the run is losing, not gaining, momentum. Exhaustion often signals the reversal of a current trend because it illustrates excess levels of supply or demand, indicating a market is either overbought or oversold.