US warns India against retaliatory duties over scrapping of trade privileges 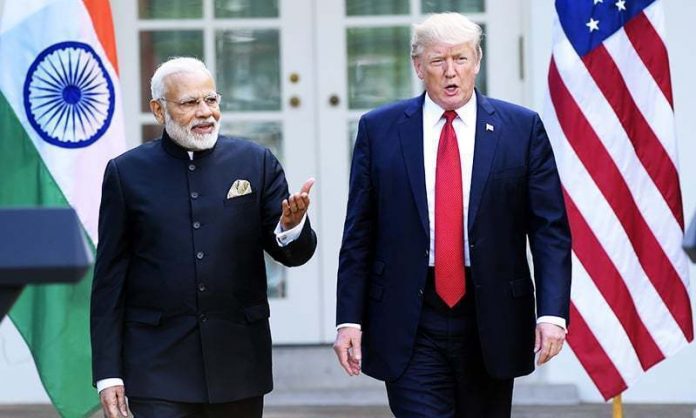 NEW DELHI: Any retaliatory tariff by India in response to the United States’ planned withdrawal of trade privileges will not be “appropriate” under WTO rules, US Commerce Secretary Wilbur Ross warned on Tuesday.

The comments, made to broadcaster CNBC-TV18 during a trip to India’s capital, come as trade ties between the United States and China worsen. The US is India’s second-biggest trade partner after China.

India’s new e-commerce rules could hurt future investments by the US in the South Asian country, Ross said, even as he said he was hopeful that U.S firms would win defence deals from India in future.

Indian officials have raised the prospect of higher import duties on more than 20 US goods if President Donald Trump presses ahead with a plan announced in March to end the Generalised System of Preferences (GSP) for India.

India is the biggest beneficiary of the GSP, which allows preferential duty-free imports of up to $5.6 billion from the South Asian nation.

“Any time a government makes a decision adverse to another one, you will have to anticipate there could be consequences,” Ross said. “We don’t believe under the WTO rules that retaliation by India would be appropriate.” He said the decision on GSP could be reversed in future if India deals with the issues raised by the US.

He added that India’s new rules on e-commerce, which bar companies from selling products via firms in which they have an equity interest, and data localisation have been discriminatory for US firms such as Walmart Inc and Mastercard Inc.

“So the American companies are showing very good will and a very cooperative attitude towards ‘Make in India’ and the other programmes,” Ross said, referring to a manufacturing push by Indian Prime Minister Narendra Modi.

“But there’s a limit to how far the discriminatory behaviour can go. And our job is to try to get a level, more level playing field.” “The tragic part of it is not that Walmart won’t be able to function. They will, but it will cost them money. But we will never know how many new investments that also will cost India,” Ross said.

Earlier, Ross told a business conference that localisation rules and price caps on medical devices imported from the United States were barriers to trade but that New Delhi was committed to tackling them after general elections.

“We applaud India’s commitment to addressing some of these barriers once the government is re-formed, probably starting in the month of June,” Ross said.

“Our role is to eliminate barriers to US companies operating here, including data localisation restrictions that actually weaken data security and increase the cost of doing business.” India’s 39-day general election ends on May 19, and votes will be counted four days later.

“As President Trump has said, trade relationships should be based, and must be based, on fairness and reciprocity,” Ross added. “But currently, US businesses face significant market access barriers in India.”

Ross said with the “new enhanced status of the defence relationship” between the countries, the US could land defence deals in future which will also help to reduce the trade deficit that the US runs with India.

He clarified that India will continue to remain in a preferential position as far as H1B visas are concerned irrespective of the outcome of any discussion on immigration.