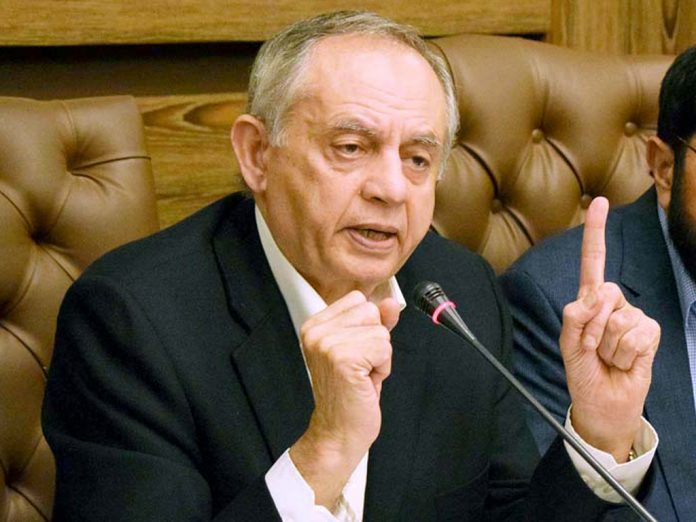 ISLAMABAD: A delegation of the Federation of Pakistan Chamber of Commerce and Industry (FPCCI) called on Adviser to Prime Minister on Commerce Abdul Razaq Dawood on Tuesday.

The FPCCI shared the budget proposals aimed at enhancing the country’s exports while the advisor shared the economic vision of the current regime and explained the initiatives that are being taken as part of the economic reform process.

The PM’s adviser said that the prosperity for the people of Pakistan remains the principal priority of the government. “A pro-business investment policy remains a central plank of the government’s strategy,” he added.

Responding to an FPCCI proposal, the adviser agreed that the chamber would be given due representation in the policymaking forums, as it plays an important role in voicing the opinions of the business community.

The FPCCI officials appreciated the role of the Ministry of Commerce in correcting the free trade agreement with China. They appreciated the successful arrangement for the Pak China Business Forum, which was held during the prime minister’s visit to China.

The business forum brought investment and export opportunities for Pakistani businessmen, they noted.

The FPCCI members appreciated the tariff rationalization process of the Ministry of Commerce and shared their tariff and non-tariff proposals.

The advisor informed the businessmen that the government is simplifying the DTRE procedure to facilitate the business community.