Who pays Trump’s tariffs, China or US customers and companies? 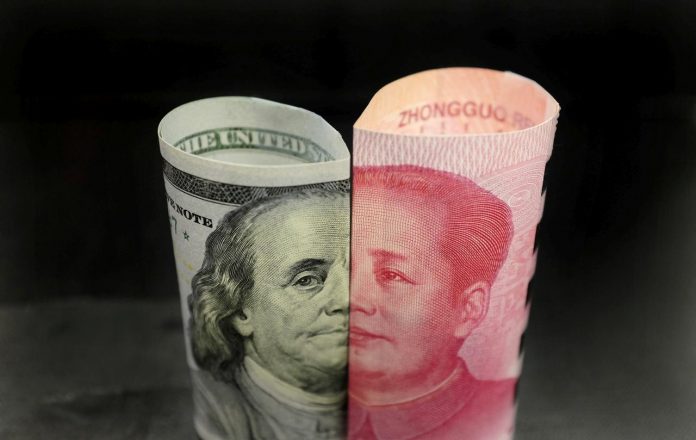 US President Donald Trump says China pays the tariffs he has imposed on $250 billion of Chinese exports to the United States.

But that is not how tariffs work. China’s government and companies in China do not pay tariffs directly. Tariffs are a tax on imports. They are paid by US-registered firms to US customs for the goods they import into the United States.

Importers often pass the costs of tariffs on to customers – manufacturers and consumers in the United States – by raising their prices.

US business executives and economists say US consumers foot much of the bill through rising prices.

White House economic adviser Larry Kudlow has acknowledged that “both sides will suffer on this,” contradicting the president.

The tariff bill is set to rise further. Trump this month directed US Trade Representative Robert Lighthizer to launch the process of imposing tariffs on the remaining $300 billion of goods from China. That includes products ranging from cellphones to baby pacifiers.

That would mean almost all imports from China would be subject to a 25pc import tax.

A growing number of US companies has warned about the negative impact of the tariffs on US consumers.

Nike Inc and 172 other footwear companies have urged Trump to remove footwear from a list of imports facing a proposed extra 25pc tariff, warning the move could cost consumers an additional $7 billion a year.

Walmart Inc, the world’s largest retailer, and department store chain Macy’s Inc have warned that prices for shoppers will rise due to higher tariffs on goods from China.

Trump, who has called himself the “Tariff Man,” has often repeated that China pays for US tariffs on its goods.

On May 5, he tweeted: “For 10 months, China has been paying Tariffs to the USA.”

As well as imposing tariffs on Chinese goods, Trump has also imposed a tax on global steel and aluminum imports and shipments of washing machines and solar panels.

US Customs and Border Protection (CBP) collects the tax on imports. The agency typically requires importers to pay duties within 10 days of their shipments clearing customs.

Through May 1, Washington has assessed $23.7 billion in tariffs since early 2018, according to data from the CBP.

Total tariff revenue – including levies that pre-dated Trump – shot up by 89pc in the first half of the current fiscal year starting Oct 1, to a total of $34.7 billion, according to US Treasury data.

Every item imported into the United States legally has a customs code. Importers are expected to check the tariffs and other taxes and duties due on the goods they bring in, calculate what they owe, and pay it.

US Customs reviews payments and sends importers a fresh bill if it detects underpayment.

Importers also have to post payment guarantees, or import bonds, with customs. The costs of these bonds have risen with tariffs, an additional burden on U.S.-based firms importing goods from China.

Chinese suppliers do shoulder some of the cost of US tariffs in indirect ways. Exporters sometimes, for instance, are forced to offer US importers a discount to help defray the costs of higher US duties. Chinese companies might also lose business if US importers find another tariff-free source of the same goods outside China.

And outside of tariffs, the Trump administration’s decision to add China’s Huawei, the world’s largest telecoms equipment maker, to a trade blacklist, has hit that company hard.

But US-based importers are managing the higher tax burden in a number of ways that hurt US companies and customers more than China.

Such strategies include accepting lower profit margins; cutting costs – including wages and jobs for US workers; deferring any potential wage hikes, as well as passing on tariff costs through higher prices for US consumers or companies.

Most importers use a mix of such tactics to spread higher costs among suppliers and consumers or buyers.

Higher duties on imports of metals and Chinese products, for example, increased Caterpillar’s production costs by more than $100 million last year. In response, the heavy-duty equipment maker increased prices for its products.

Tractor manufacturer Deere & Co estimates a $100 million increase in its raw materials costs this year because of Trump’s tariffs on Chinese imports. Deere has cut costs and increased prices to protect its profits.

A Congressional Research Service report in February found that the tariffs boosted washing machine prices by as much as 12%, compared to January 2018, before tariffs took effect.

Steel and aluminium tariffs increased the price of steel products by nearly 9pc last year, pushing up costs for steel users by $5.6 billion, according to a study by the Peterson Institute for International Economics.

US companies and consumers paid $3 billion a month in additional taxes because of tariffs on Chinese goods and on aluminium and steel from around the globe, according to a study by the Federal Reserve Bank of New York, Princeton University, and Columbia University. Companies shouldered an additional $1.4 billion in costs related to lost efficiency in 2018, the study found.

WHAT DO CHINESE COMPANIES PAY?

China has retaliated against US tariffs by imposing its own tariffs on imports from the United States.

As with tariffs in the United States, Chinese firms can seek to pass on the costs to US exporters. Some US interests have lost business, such as US soy farmers.

Chinese buyers have cut billions of dollars of soybean purchases from the United States because China’s tariffs have made US supplies more expensive than beans from competitors such as Brazil.