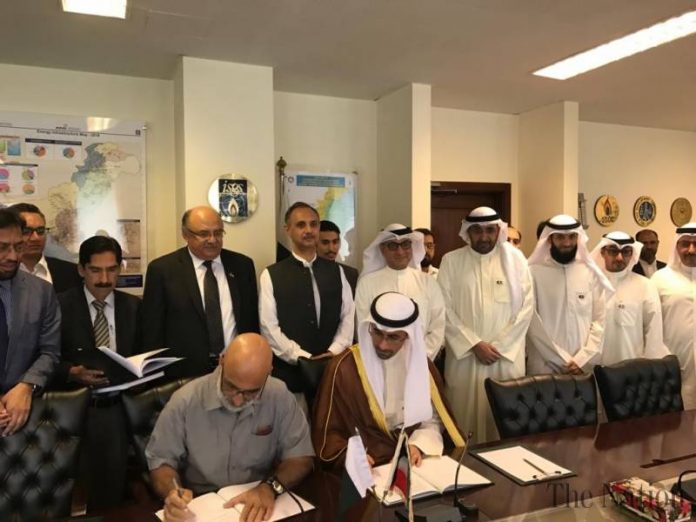 The Petroleum Division has granted Kirthar Pakistan BV — a subsidiary of Kuwait Foreign Petroleum Exploration Company (Kufpec) — the license for exploration of oil in the Makhad block, a press statement by the energy ministry said on Wednesday.

The division said that the government has executed an Exploration Licence (EL) as well as a Petroleum Concession Agreement (PCA) — signed by Petroleum Division Secretary Mian Asad Hayauddin and Qazi Mohammad Saleem Siddiqui, the director general of Petroleum Concessions, and the CEO of Kuwait Foreign Petroleum Exploration Company (KUFPEC) at a ceremony also attended by Minister for Petroleum Omar Ayub Khan.

On the occasion, the petroleum minister said that “the execution of PCA and EL will attract foreign investment in the petroleum sector and bridge the demand and supply gap in the energy sector.”

Khan further said that the efforts will bear fruit in future years in the form of hydrocarbon reserves.

The Makhad block, according to the press release, is situated in Attock, Mianwali and Chakwal in Punjab as well as Kohat in Khyber Pakhtunkhwa. It is said to be spread over 1,562.92 square kilometres.

Kufpec will invest at least $9.8 million in the block, as per the press release issued. Apart from the minimum firm work commitment, the company is also obligated to spend a minimum of $30,000 per year in Makhad block on social welfare schemes.