British Airways to resume flight operations to Pakistan next week 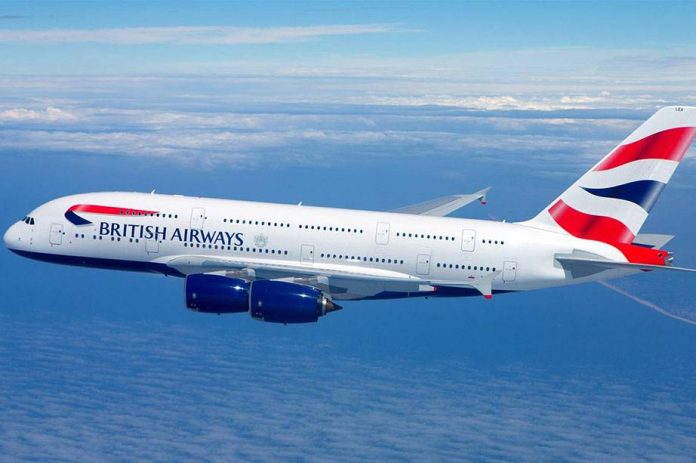 ISLAMABAD: British Airways (BA) will resume its flight operations to Pakistan from 2nd June, it was learnt on Thursday.

The airline suspended its operations in Pakistan a decade ago in the aftermath of the bomb blast at Marriott Islamabad in September 2008.

British Airways Chief Commercial Officer Andrew Brem said, “The excitement is building as we put the final touches to this exciting route launch. The anticipation from customers and colleagues has been palpable and we hope customers in both the UK and Pakistan will enjoy the classically British service we offer, with thoughtful bespoke touches.”

The 787 is British Airways’ newest long-haul aircraft that is 20 per cent more fuel efficient than other aircraft and features larger windows, mood lighting and the latest inflight entertainment system. The lower cabin pressure means customers step off the flight feeling fresh.

Customers travelling can expect bespoke services to enhance the onboard experience including a halal meal option in every cabin, while the airline will also ensure sauces in every meal do not include alcohol or pork.

As with any other British Airways flight, customers can also pre-order a range of special meals, including vegetarian and vegan options.

The airline has a number of Pakistani and British-Pakistani colleagues who speak Urdu, and there has already been considerable interest from these colleagues to work on the flights.

Aftab Khan, who speaks both English and Urdu, and is one of the crew members operating the inaugural flight, said, “I can’t wait for what will be such a wonderful occasion. To be chosen to operate this flight, with my close family links to Pakistan, is a real honour. I know that my colleagues operating the flight are just as excited.”

Customers landing into London can connect on to British Airways’ network which includes over 30 destinations across North America, with over 70 flights per day to the US through the airline’s joint business with American Airlines. Customers can also connect to over 30 countries in Europe.