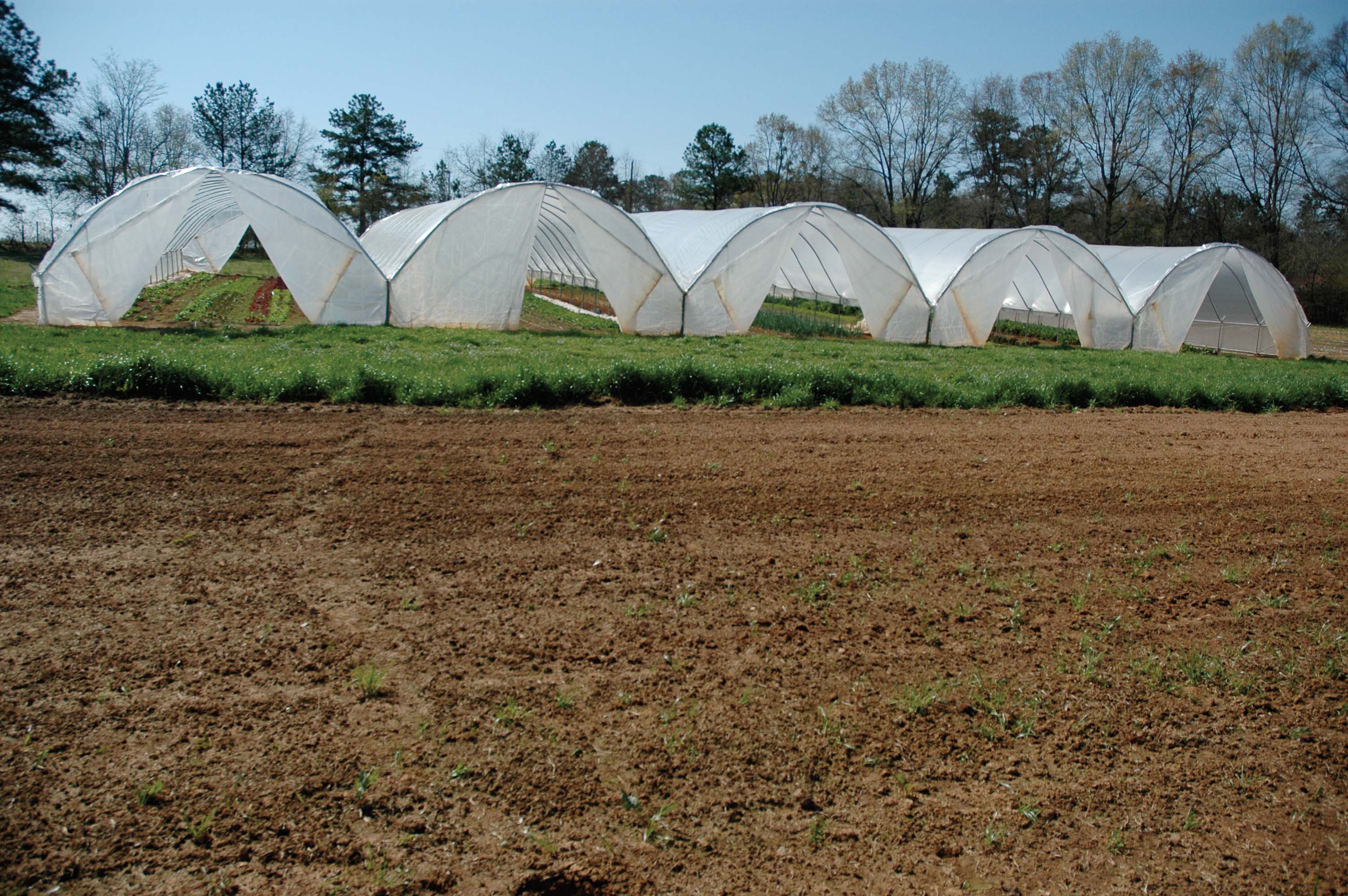 It’s the first thing they teach you in economics class, demand and supply. The higher the demand for a product and the lower its supply, the higher its price and vice versa. Ask anything of the market and you shall receive, or to put it in more economic jargon, demand and you shall be supplied.

The agricultural sector is no exception. But what do you do about the little problem of there being a demand for seasonal produce in the wrong season? Sure, you can preserve, dry or can, but people want fresh summer fruit on their tables in the winter. Since the early 1960s, greenhouse structures have been evolving to meet this demand. One of the more recent innovations in this field have been tunnel greenhouses. These humble looking arches are a far-cry from the large, sci-fi transparent structures that one imagines when thinking of a greenhouse. Using simple sheets of polyethylene and hoop houses constructed of aluminium, steel tubing, or even the significantly cheaper lengths of PVC water pipes, farmers have managed to regulate climatic conditions and produce off-season vegetables that are high in demand, and which they can then sell at high prices in the market.

How is it done?

Cultivation in tunnel farms usually begins in autumn. A normal tunnel farm ranges from 10 to 20 acres with most farms needing a covered area of at least 3 acres to be economically feasible. Steel pipes, aluminium pipes or bamboos are used to create D shaped rows of support structures around the plantation that are usually 3 to 12 feet in height and about 5 feet wide. The structures are covered with polythene sheets to create either low tunnels, walk-in tunnels or high tunnels depending on the farmer’s needs.

The polythene sheets traps heat inside and keep rain and frost outside, simulating summer and enabling the plants to be able to bear produce that would not be able to grow if exposed to the natural climate.

But how much does the yield and profits increase exactly and how feasible is tunnel farming in the country compared to other conventional farming methods? Profit went to the farmers taking this leap, to find out.

The farmers perspective and feasibility

“In Pakistan vegetables and fruits including cucumber, tomatoes, green chili and watermelons are increasingly being produced in tunnel farms,” says Qazi Naeem, a tunnel farmer based in Daska.

“So what happens is that with tunnel farming you come into the market earlier than the rest, and you get an edge over conventional farmers and make good money. With time more farmers are switching towards tunnel farming in the country.”

According to Qazi Naeem, tunnel farming should only be done on at least an area of more than 3 acres for it to make economic sense. “On an area lower than 3 acres, costs are usually high, and this adversely impacts profitability.”

But when it comes to per acre yield, tunnel farms offer much higher productivity compared to conventional farming. And Qazi Naeem is glowing with praise for the yield that tunnels provide.

Before tunnel farming gained popularity in Punjab, Sindh, having the advantage of being able to produce off season vegetables due to its favourable climate, was the primary supplier of off-season vegetables to Punjab. However, the large distance between the provinces meant high transportation costs that cut down on the margins.

A single truck of vegetables and fruits that comes from Sindh costs more than Rs100,000 in transportation costs alone. By producing off-season vegetables in Punjab, farmers have been able to get higher margins and avoid the extra storage and transportation logistics that come with moving produce along long distances.

But tunnel farming isn’t quite so simple as putting up a tunnel and reaping the benefits. Inputs like water, fertiliser and sprays needed for tunnel farming are more in quantity compared to those needed for conventional farmings. “In tunnel farming hybrid seeds are used which need high fertilisation and high water management in order to get to their maximum yield,” Qazi Naeem explains.

“Special sprays whose residual effect vanishes after 24 hours are used in place of normal hard sprays to save the seed from getting burnt. Hence, the larger inputs needed for tunnel farming increase cost. Despite this, the increase in per acre yield still results in more profitability compared to conventional farms.”

For profits own assessment, we analysed the returns for planting gourd on a 1 acre tunnel farm using low tunnels. Compared to open plantation, the returns from tunnel farming came out to be significantly more. In a one acre low tunnel, the cost of installing the structure stands around Rs23,000 with transparent polythene and black mulch, which costs an additional Rs15,000 and Rs5,000 respectively. In per acre terms, the cost of seeds is around Rs5,000 and fertilizers, pesticides and labour cost Rs20,000 each. Hence, the total cost for planting gourd in low tunnels on a one acre farm comes down to Rs108,000.

On the other hand, with a minimum production of Rs30,000kgs per acre, the minimum total revenue is approximately Rs250,000 due to the off-season quality of the gourd means that it can fetch an above market price, meaning a profit of around Rs140,000 and a Return on Investment (RoI) of around 129 per cent in the first year. 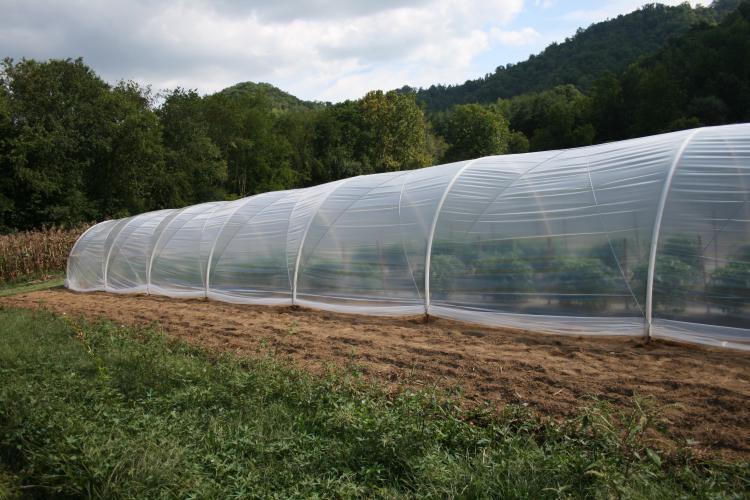 Hence the total revenue generated through traditional cultivation comes down to about Rs100,000 giving profit of around Rs50,000 and an RoI of around 100 percent in the first year, much lower than the profit and RoI from low tunnels.

While tunnel farming may offer increased return to farmers, Qazi Naeem believes that the high initial cost of setting up tunnel farms is a major deterrent for farmers, who might otherwise be willing to switch to tunnel farming. “The small landlord is hand to mouth. The cost difference between conventional farming and tunnel farming is huge. Only people who can afford to invest and bear the cost can switch to tunnel farming. For example, if you plant vegetables in the open and your expense is Rs50,000 per acre, that expense will increase to Rs150,000 if you install a low tunnel,” he says.

Muhammad Din is a farmer based in Rahim Yar Khan. Like Qazi Naeem, he also tried his hand at tunnel farming cultivating cucumbers, green chillies, and capsicum in low tunnels. However, he switched back to conventional farming due to higher cost of setting up tunnels and since the returns from growing sugarcane were similar to what he was getting through tunnel farming. 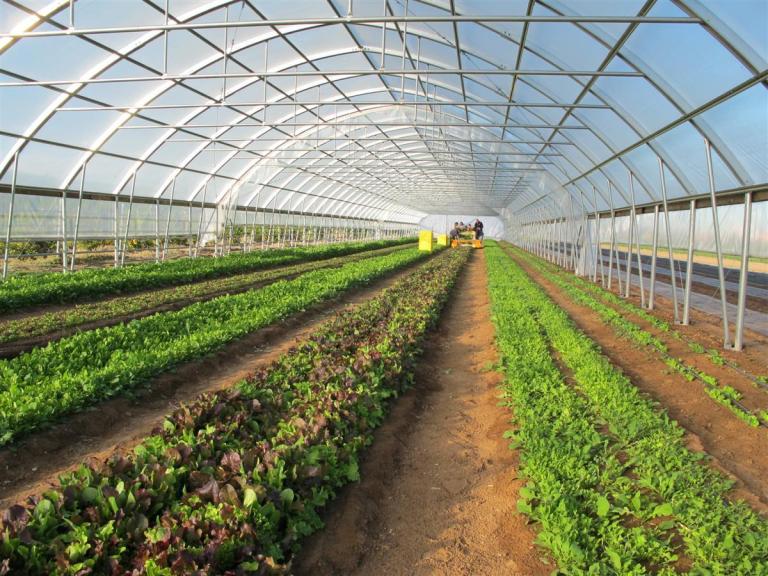 “Almost 100 pipes are needed to create tunnels on an area of one acre which is a costly affair and the amount of labour needed for tunnel farming is also higher,”  he says in an interview with Profit.

“At that time the return we got from tunnel farming was equal to what we could get by cultivating sugarcane. Why would I install tunnels if I can get the same amount of money from sugarcane.”

However discounting the returns provided by sugarcane at the time, Muhammd Din concedes that returns from tunnel farming were greater than other crops cultivated through conventional methods. “Through tunnel farming I used to get a profit of around Rs100,000 per acre. On the other hand if I cultivate cotton or wheat through conventional means that gives a profit of around Rs50,000 per acre,” he says.