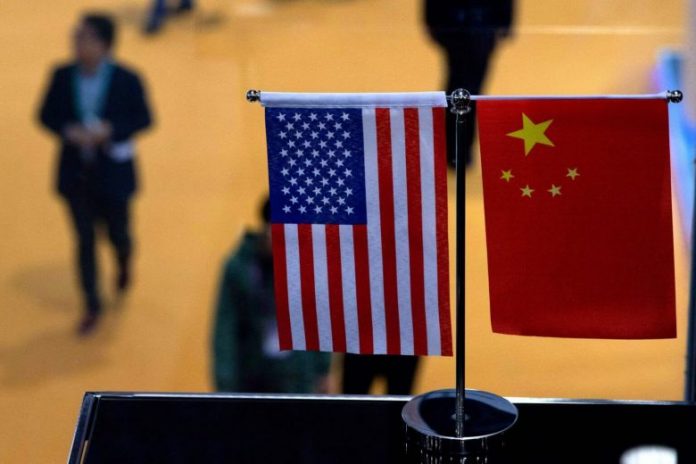 BEIJING: Top Chinese and US officials will resume trade talks in accordance with the wishes of their leaders, but China hopes the United States will create the necessary conditions for dialogue, the Chinese commerce ministry said on Thursday.

Negotiations to reach a broad trade deal broke down last month after US officials accused China of backing away from previously agreed commitments.

But hopes for a revival of negotiations have been rekindled by a telephone call on Wednesday between US President Donald Trump and his Chinese counterpart, Xi Jinping, and confirmation they will meet next week in Japan at a G20 summit.

US Trade Representative Robert Lighthizer said on Wednesday he would speak by telephone to Liu He, China’s vice premier and chief negotiator in the trade talks, “in the next day and a half”.

“The heads of the two trade teams will communicate, according to instructions passed down from the two presidents,” Chinese commerce ministry spokesman Gao Feng told reporters, without elaborating.

“We hope (the United States) will create the necessary conditions and atmosphere for solving problems through dialogue as equals.”

The two countries have imposed increasingly severe tariffs on each other’s imports. China has vowed to not give in on issues of principle or under US pressure.

Trump has threatened to put tariffs on another $325 billion worth of goods, covering nearly all remaining Chinese imports into the United States, including consumer products such as cellphones, computers and clothing.

The prospect of a de-escalation in the dispute has helped cheer financial markets weighed by threats of more tariff measures and countermeasures and strident rhetoric from both countries.

But three main differences remain, including the removal of all additional tariffs, China says. Both sides have disagreed over trade purchases and a “balanced” text for any trade deal.

Those three “matters of principle” cannot be compromised, China has said.

Asked if China’s demands for a trade deal were still tied to the three issues being met, Gao said: “China’s principles and basic stance on Sino-US economic and trade consultations have always been clear and consistent, and China’s core concerns must be properly resolved.”

The US Trade Representative’s Office kicked off seven days of testimony this week from US retailers, manufacturers and other businesses about Trump’s tariff plan.

China hopes the United States would listen to its industry voices, and stop threatening tariffs and waging a trade war, Gao said, adding that such behavior was “wrong” and should be “abandoned”.

The upcoming trade talks between Xi and Trump are unlikely to immediately resolve major disagreements between the two sides but could start a new phase in negotiations, Chinese state media said on Thursday.

But when asked if China thought it could reach an agreement with the United States on issues such as its structural reforms, the implementation mechanism, intellectual right protection and further opening of its markets, Gao still expressed optimism.

“Both sides have immense mutual interests. I believe by taking care of each other’s concerns through equal dialogue, both sides will for sure be able to find a solution to solve the problems properly,” Gao said.