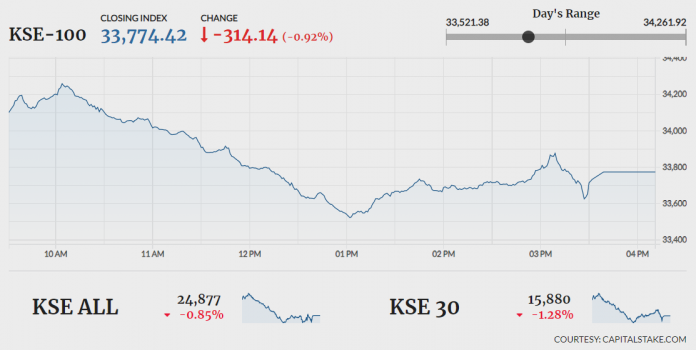 KARACHI: The Pakistan Stock Exchange (PSX) continued with its losing streak for the fourth consecutive session on Thursday, as the indices that opened positively soon gave into pressure to close in the red zone.

On the economic front, the International Monetary Fund (IMF) is scheduled to meet on Wednesday (July 03) to consider the three-year extended fund facility of $6 billion for Pakistan.

Meanwhile, the federal government approved to increase gas tariffs by up to 190pc and electricity prices by Rs1.50 per unit to recover an additional Rs334 billion from consumers, fulfilling the remaining two major conditions of the IMF.

Moreover, the Pakistani Rupee continued with its downward journey and opened the session on Thursday at Rs164/164.5 in the interbank market.