Construction of Faisalabad Expo Centre to commence this year: Dawood 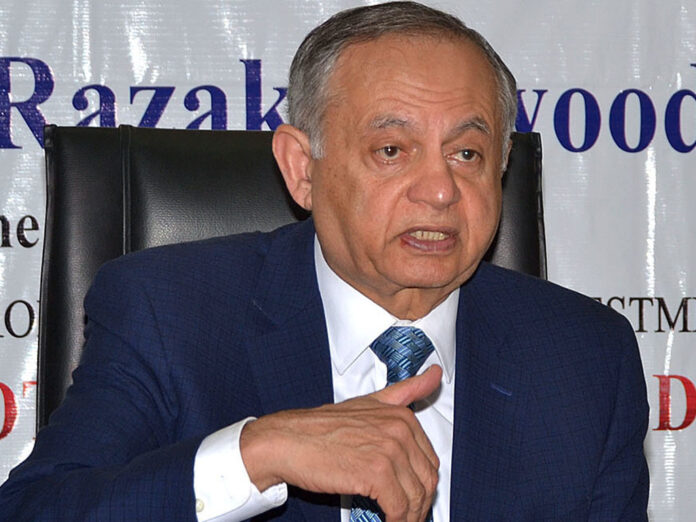 LAHORE: Adviser to Prime Minister on Commerce Abdul Razak Dawood said on Monday that the construction of a state-of-the-art expo centre in Faisalabad would commence within this year, adding that the centre, upon completion, would facilitate the industrialists and aspiring investors in the industrial city.

Dawood expressed these views while chairing a meeting at the Ministry of Commerce and Industry (Punjab) in Lahore. Punjab Industries Minister Mian Aslam Iqbal and Faisalabad Industrial Estate Development and Management Company (FIEDMC) Chairman Mian Kashif Ashfaq were also present on the occasion.

The PM’s adviser assured the FIEDMC chairman that a memorandum of understanding (MoU) with regard to the managerial affairs of the Faisalabad Expo Centre would be inked within the next two weeks between FIEDMC and Lahore Expo Company.

He directed the Trade Development Authority of Pakistan (TDAP) officials to ensure the participation of FIEDMC in all international trade exhibitions. He also called for the participation of local exporters in the ‘Import Exhibition’, which would be in China in September this year.

The adviser said that the government is committed to shifting the country from being a consumption-driven economy to an investment-driven one.

He also briefed the meeting on the provision of electricity, protection of investors and steps taken to attract more investment in the Allama Iqbal Industrial City, which was built under the China Pakistan Economic Corridor (CPEC) framework.

FIEDMC chief Kashif Ashfaq said on the occasion Faisalabad is one of the fastest growing cities of Pakistan, having a potential to stabilise the national economy by multiplying its exports.

After the completion of the Faisalabad Expo Centre, a maximum number of exhibitions will be held with a clear objective of enhancing the outflow of exports and bridging the widening gap between imports and exports, he maintained.

“Only 25pc of local industrialists and traders participate in trade fairs at expo centres in Lahore and Karachi. But after the establishment of a modern expo centre in Faisalabad, more people will come to form partnerships with foreigners and local investors,” he added.

Appreciating the economic policies of Prime Minister Imran Khan and his economic team, the FIEDMC chairman said that the government has made a lot of efforts to overcome the balance of payment issue by focusing on the development of various economic sectors.

Kashif Ashfaq said that technological advancement in all sectors of the economy is vital to achieve a higher growth rate and to make the local producers more competitive in the international market.

He said that Prime Minister Imran Khan is an honest political leader and his honesty and credibility has also encouraged the local and foreign investors to invest in Pakistan.