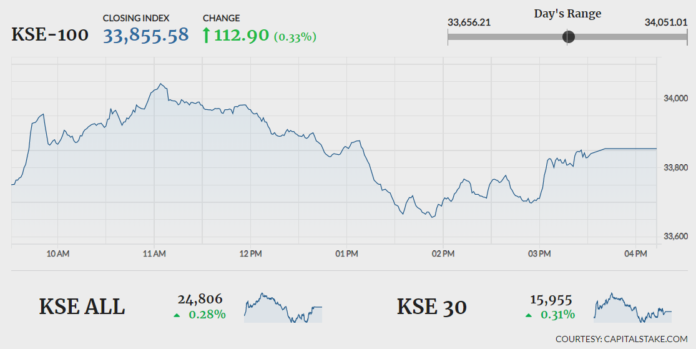 KARACHI: The Pakistan Stock Exchange (PSX), which traded within a narrow range on Tuesday, managed to end the session on a positive note.

On the economic front, the International Monetary Fund’s mission chief said that Pakistan would soon receive a tranche of $1 billion. According to an IMF report, Pakistan has committed to increasing electricity prices further in August and is also bound to implement the Financial Action Task Force’s 27-point action plan in three months’ time.

Meanwhile, the Asian Development Bank disclosed that it has planned to extend up to $10 billion indicative lending to Pakistan, including $2.1 billion disbursements during the current fiscal year, for various development projects in the next five years after the government and the bank held a series of country consultations to formulate a new Country Partnership Strategy (CPS).

Sazgar Engineering Works Limited (SAZEW -5.00pc), through a notification sent to the exchange, announced the production and sales figures for June 2019. According to the document, the company produced 655 units while it sold 1,420 units.