After Honda, Toyota to halt production in Pakistan 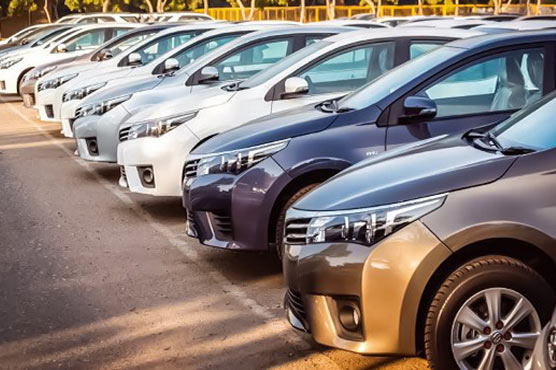 After the decision of Honda Atlas Cars Pakistan (HACP) to shut down its plant for 10 days, Indus Motor Company (IMC), which produces Toyota models in Pakistan, has also decided to stop car production for eight days, two days every week, in July, a private media house reported.

HACP’s decision came as its inventories piled up to 2,000 units on plummeting car sales amid rising prices due to imposition of new, higher taxes in the budget and steep currency devaluation in the recent weeks. Honda had kept its plant closed for two days earlier last week.

Meanwhile, a Pakistan Suzuki Motor Company spokesman said the company will take decision whether or not to cut down production in the next few days after analysing sales trend and flow of booking orders during the present month.

HACP and IMC executives, on the condition of anonymity, said their decision to scale down production during July was informed by extremely lacklustre sales in the first 10 days of the current month.

“Our inventories from the last month and the first 10 days of July have grown rapidly because of steep increase in car prices after currency devaluation as well as imposition of Advance Customs Duty (ACD) on all our imports and Federal Excise Duty (FED) on assembled cars, leaving us with no option but to shut down the plant to cut production.

An IMC official also gave the same reasons for “observing eight no-production days” during July. “It is a very serious situation for the local car manufacturers who are piling up inventories,” he said. But he did not give the size of inventory his company has built so far, saying the production cuts could increase next month if sales do not pick up.

The sales have been on the decrease for the last three months as total car and light commercial vehicles (LCV) volume contracted by 5pc to 17,561 units in June from a year ago. Overall, the car and LCV sales plunged by 7pc during the last fiscal year to 240,335 units from the previous year.

The impact of implementation of 5pc ACD on all raw materials and parts used by the local assemblers and imposition of 2.5-7.5pc FED from July 1 has started resulting in a further decline in sales.

Industry sources expect a significantly large dip in sales at the end of the year. It may be recalled that the industry was expecting to increase its sales to half a million units by 2022.