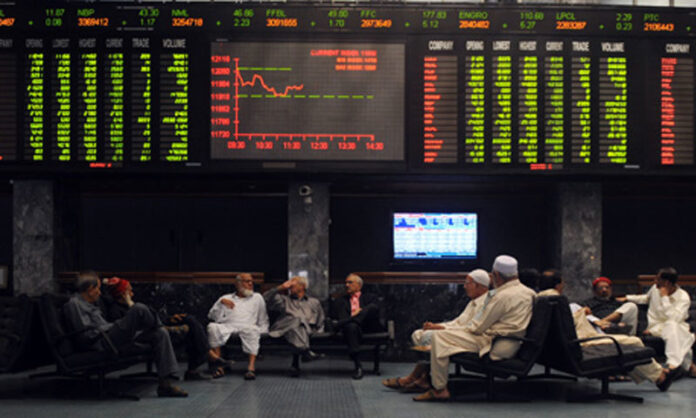 KARACHI: After a disappointing end to the previous session, the Pakistan Stock Exchange (PSX) witnessed some respite on Tuesday, as it closed slightly positive amidst volatility.

As per market expectations, the State Bank of Pakistan raised its main policy rate by 100 basis points to 13.25 per cent, citing increased inflationary pressures.

Meanwhile, on the back of deteriorating macroeconomic indicators, the Pakistani currency continued to lose its ground and cumulatively depreciated against the US dollar. The rupee further lost its value by 64 paisa against the US dollar and hit Rs160.50 in the interbank market.

Moreover, Pakistan’s airspace has been reopened to civil aviation with immediate effect following months of restrictions imposed in the wake of a standoff with India earlier this year.

Out of 316 companies, share prices of 148 companies recorded an increase while 149 companies registered a decrease whereas the value of 19 companies remained unchanged.

On the other hand, the top decliner of the session was Colgate Palmolive, closing at Rs2,000 after shedding Rs49.50 per share. Khyber Textile was next in line, dropping Rs22.80 per share to close at Rs433.20.

The commercial banks positively added 47 points, while the exploration and production companies eroded the index by 57 points.