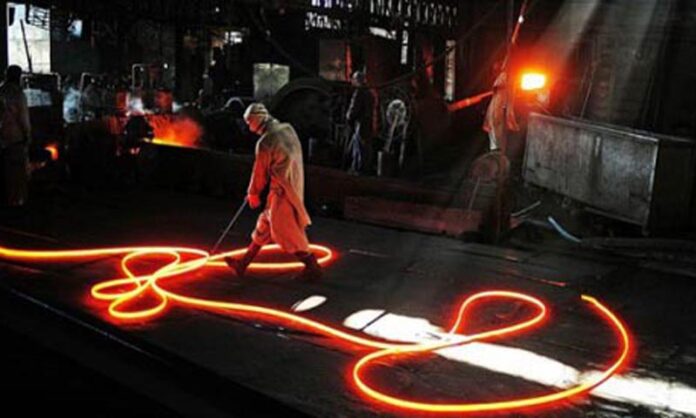 ISLAMABAD: The steel manufacturers have objected to the government’s intention of reducing federal excise duty for steel mills in erstwhile FATA, as it would render the steel units across the country out of competition.

In a letter to Prime Minister Imran Khan, the Pakistan Association of Large Steel Producers (PALSP) has appealed for the protection of the country’s steel industry, which is already facing losses owing to limited infrastructure activities.

“Pakistan’s steel industry is passing through a critical phase, as some of the top steelmaking firms, who were recognised for excellent financial performance a year ago, are now facing heavy losses,” it stated.

The letter, which was also forwarded to the FBR chairman, further read, “The current situation is pushing the steel industry to the brink of bankruptcy while a number of steel mills are closing down their production across the country, resulting in loss to the jobs as well as a drop in government revenues.”

PALSP said under political pressures, the government is considering reducing or withdrawing FED on steel units operating in districts that were parts of former FATA and PATA.

“The association appeals the government against this step as it will result in the closure of the steel industry, which, needless to say, is the backbone of the economy.”

As per the letter, there should be no relaxation in the collection of taxes from any sector, while the government should ensure that the steel products imported in the country are properly duty paid and there should be strong checks on under-invoicing and misdeclarations.

Meanwhile, according to sources at the association, Senators and elected representatives of FATA, who own or have interests in steel businesses, were pressurising the government in favour of the concession.