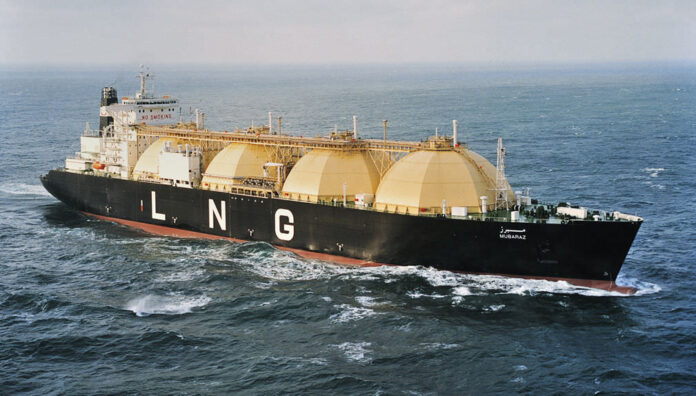 LONDON/SINGAPORE: Italian oil major Eni, China’s overseas energy unit PetroChina and two trading houses are vying to supply liquefied natural gas (LNG) to Pakistan in one of the largest tenders ever worth billions of dollars, two sources familiar with the matter said on Friday.

The 240-cargo 10-year tender, which is likely to be worth from $5 billion to $6 billion according to Reuters calculations and the estimates of another source based on current market conditions, was issued last month and closed on Thursday.

Pakistan is expected to be a significant growth driver in global LNG demand, with WoodMac estimating the country will need 25 million tonnes a year as domestic supplies dwindle and its economy grows. That would make it a top-five LNG buyer.

“The technical bids for our long-term LNG supply tender were received and opened yesterday. Evaluations are underway,” Pakistan LNG said in emailed comments to Reuters. The company did not say who bid.

PetroChina, Trafigura, Eni and SOCAR did not respond to emails requesting comment.

The tender is keenly watched due to its size and because Pakistan, gripped in an anti-corruption drive under the government of Prime Minister Imran Khan, is expected to publish the lowest prices offered by the companies.

This will give a valuable insight into the opaque LNG market, which is characterised by closed bilateral trades, secret long-term supply agreements and an over-the-counter spot market.

Commercial offers are expected to be opened on Aug. 2, one of the sources said, which is when tender issuer Pakistan LNG is likely to announce the prices.

The largest tender in recent years was issued by Egypt in October 2016 for 96 cargoes, but that was for a two-year period between 2017 and 2018 after the country suffered an acute gas shortage.

Pakistan, like most Asian buyers, purchases LNG priced against Brent crude oil expressed as a price slope, or percentage of the oil contract.

In the last short-term tender, Pakistan said the lowest offers came in at 7.13pc and 8.54pc of Brent, or around $4.4 to $5.3 per million British thermal units at the prices of that day on June 14.

But multi-year contracts in the past year have tended to use a higher price slope – around 11 to 12pc. That would place the price tag for the 240 cargoes – over 15 million tonnes in total – at between $5 billion and $6 billion.

Pakistan LNG issued the tender in early June to import 240 LNG cargoes of 140,000 cubic metres each for delivery over a 10-year period for the country’s second LNG terminal.

The cargoes will be sent into the Pakistan GasPort Consortium Ltd terminal, with first delivery expected between September 2019 and March 2020.

Both counterparties will also have the option for a price review after five years from the start of the contract, according to the bid documents.

The country’s biggest supplier currently is Qatar, with which it signed a deal in 2016 for 3.75 million tonnes of LNG a year for 15 years. It also has a five-year import deal with commodity trader Gunvor and a 15-year agreement with Eni.