Atoms founders, who also own high-end brand Markhor, now plan to use the funding to invest in further development of its shoes, and to expand its retail and marketing presence 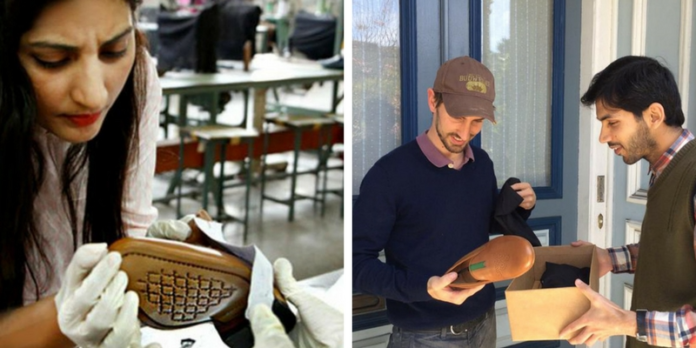 Atoms, a Pakistani e-commerce brand and one of the trailblazers in the world of footwear, has raised $8.1 million from a list of illustrious backers to bring its concept to the masses, a private media house reported.

The company plans to use the funding to invest in further development of its shoes, and to expand its retail and marketing presence. To date, the company has been selling directly to consumers in the US via its website — which at one point had a waiting list of nearly 40,000 people — and the idea will be to fold in other experiences, including selling in physical spaces in the future.

Investors have come to the company by way of being customers.

“The thing that I love about Atoms is that it isn’t just a different look, it’s a different feel,” said Ohanian in a statement. “When I put on a pair for the first time, it was a totally unique experience. Atoms are more comfortable by an order of magnitude than any other shoe I’ve tried, and they quickly became the go-to shoe in my rotation whenever I was stepping out. That wouldn’t mean anything if the shoes didn’t look great. Luckily, that’s not a problem, I wear my Atoms all the time and even my fashion designer wife is a fan.”

Even before today’s achievement of closing a Series A, the startup has come a long way on a relative shoestring: with just around $560,000 in seed funding and some of the founders’ own savings, Atoms built a supply chain of companies that would make the materials and shoes that it wanted, and developed a gradual but strong marketing pipeline with influential people in tech, fashion and design.

“We thought it would be challenging, and it wasn’t unchallenging, but the good thing was that many manufacturers were already starting to think about this,” Ali said. “Think about it, there has been almost no innovation in shoe-making in the last 30 or 40 years.”

He said they were happy to talk to Atoms because “we were the first and only company looking at shoes this way.” That helped encourage him and Qasim, he added. “We knew we would be able to figure it all out.”

Nevertheless, the pair admit that the upfront costs have been very high (they would not say how high), but given the principle of economies of scale, the more shoes that Atoms sells, the better the economics.

Currently the shoes sell for $179 a pair, which is not cheap and puts them at the high end of the market, so it will be interesting to see how and if price points evolve as it matures as a business, and competitors big and small begin to catch onto the idea of selling their own footwear at a wider range of sizes.