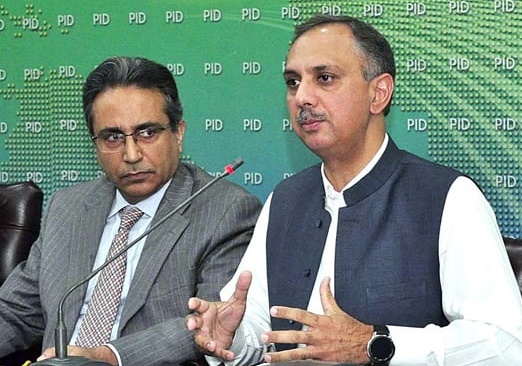 ISLAMABAD: In a bid to justify the waiver given on Gas Infrastructure Development Cess (GIDC), the federal government has said that there would be no free lunch for influential industrialists, rather a forensic audit of fertilizer plants would be conducted to assess and recover the amount collected from the farmers.

Omar Ayub said that the government would conduct a forensic audit of the fertilizer plants to assess the amount they had received from the farmers on account of GIDC. He said that the presidential ordinance regarding GIDC was taken in the best interests of the nation, as “the government aims to collect Rs210 billion out of the total Rs417 billion” which were not being collected.

The minister said that the main beneficiaries of the 50 per cent waiver are the new fertilizer plants because the government has waived of Rs65 billion in outstanding dues. “Under the agreements signed during the Pakistan People’s Party (PPP) government, they were not liable to pay GIDC but they still collected it from farmers by raising the prices of urea,” he said.

Speaking on the occasion, Adviser to Prime Minister on Petroleum Nadeem Babar said that export-oriented sectors were being exempted from the new rate of 50 per cent GIDC. The new fertilizer plants had also been exempted from GIDC as they had obtained a stay order from the court saying that it was not applicable to them under policy/agreement, he added.

Babar said that the GIDC was imposed to recover money for setting up infrastructure of imported gas, but the amount collected had been used for budgetary support in the past and different courts had given stay orders against its recovery. He said that the GIDC recovery was 15 per cent during the last eight years whereas 85 per cent of the amount was left hanging due to the stay orders.

He also said that the Pakistan Muslim League-Nawaz (PML-N) government had gotten the GIDC act approved from the parliament, thus enabling the CNG sector to pay 50 per cent of their outstanding dues. He added that presidential ordinance in this regard was preceded by consultations with different industries.

Babar ruled out the impression that any benefits had been given to different groups, saying that GIDC rate was high in the past which is why it was being reduced by 50 per cent. “The government is currently collecting Rs15 billion and with the promulgation of the ordinance, we will be able to collect Rs42 billion every year,” he added.