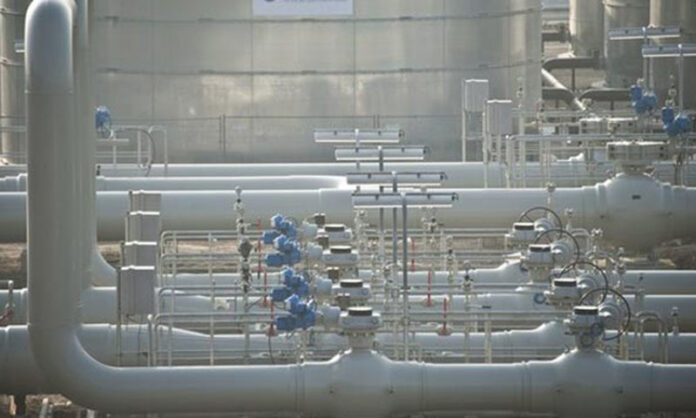 ISLAMABAD: The government has increased the cost limit for undertaking gas schemes from Rs50 million to Rs300 million and has also changed guidelines and TORs (Terms of References) for undertaking gasification schemes, ostensibly to please lawmakers from the ruling party, it has been learnt.

The historic increase in the financing limit for gasification schemes to Rs300m has been made despite the Petroleum Division’s insistence that the price be limited to Rs200m, according to official documents.

Documents available with Pakistan Today revealed that the federal cabinet, in its meeting held on February 2, had approved the constitution of the Steering Committee for Sustainable Development Goals Achievement Programme  (SAP), and also approved guidelines and TORs with specific focus on education, health, clean drinking water, farm to market roads, gas (with no mention of the gas infrastructure), electricity and interventions leading to SDGs (Sustainable Development Goals).

Similarly, gas utility companies such as Sui Southern Gas Company Limited and Sui Northern Gas Pipelines Limited have been exempted from the requirement of preparation of PC-1 for the funds released under SAP.

Likewise, the steering committee has been authorised to approve gasification schemes for execution by gas utility companies.

The deputy commissioners concerned have been asked to fulfill the codal/procedural formalities while forwarding the gas scheme(s) to the cabinet division for approval of the steering committee. Furthermore, the gas schemes already approved by the Steering Committee against savings/unspent funds may be executed by the gas utility companies, per the documents.

“The Cabinet considered the summary titled ‘Implementation of Gas Development Schemes under Sustainable Development Goals Achievement Programme’ dated August 6 submitted by the petroleum division which approved the proposal at Para 3 thereof, with the modification that the cost limit for undertaking gas schemes under SAP will be enhanced to Rs300million,” read the documents.

It was also learnt that the requirement for financing the schemes shall be forwarded to the concerned DC for processing. The DC will in turn forward the request to the concerned executing agencies for technical feasibility and cost estimates while the proposal would then be submitted to the competent forums (DOWP/PSWP/CDWP) for approval.

Also, the schemes approved by the competent forum would be presented for financing, for approval by the Steering Committee. And, if the scheme(s) is/are not started within two months of the date of issuance of administrative approval, the funds will be immediately surrendered to the federal government/cabinet division.