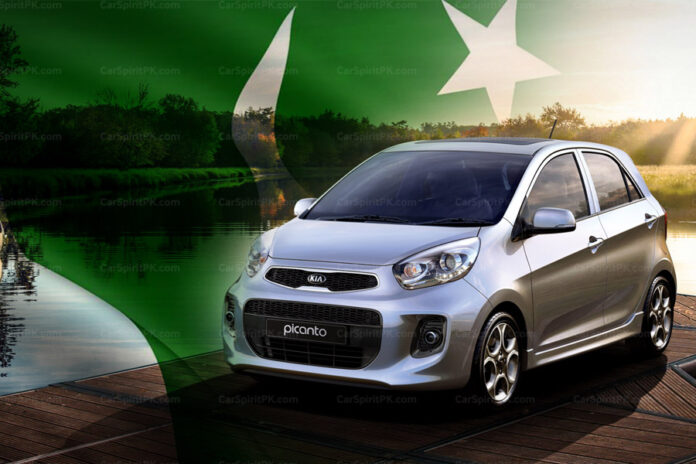 After introducing two of its vehicles in the Pakistani market, Kia Lucky Motors is all set to launch Kia Picanto for its customers.

The company has so far introduced ‘MPV Grand Carnival’ and ‘Sportage’ in the country.

It is pertinent to mention that Kia had initially planned to open the booking for Picanto in August. However, owing to unknown reasons, it was delayed.

According to Pakwheels, the booking will open from next week and the deliveries will be made from October onwards.

KIA Picanto is an entry-level 5-door hatchback powered by 1,000cc engine displacement mated with a 4-speed automatic gearbox. Picanto shares platform with Hyundai i10 and as far as its economy figures are concerned, NEDC rates it up to 23 km/liter. The hatchback has a wheelbase of 2400mm which provides optimum control over the car.

Picanto was first introduced in 2004 which continued till 2011 before the 2nd generation model came into the market. The 2nd generation remained in production till 2017 after which the company launched the 3rd generation of Picanto at Geneva Motor Show 2017 and is currently being produced around the globe.

The hatchback comes in 1.0-liter engine mated with a 5-speed manual transmission and a 1.2-liter engine which is offered under the optional automatic transmission. It is worthy to mention that KIA Lucky Motors is planning to introduce the 2nd generation 1.0-litre engine model in Pakistan. So, once again, the country will get an older version of a new car; this time by a new player in the auto sector.