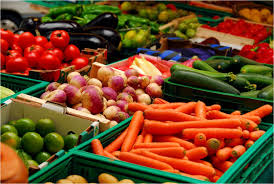 ISLAMABAD: Food exports from the country during first two-month of current financial year registered about 14.27 percent as compared the corresponding period of last year.

According the data released by the Pakistan Bureau of statistics different food commodities including wheat, rice, fruit, vegetables, spices, fish, fish preparations, meat and meat products worth $650,252 million were exported as against $569,039 million of same period of last year.

During the period under review fish and fish preparations increased by 23.09% as about 16, 652 metric tons of the above mentioned commodities worth $36,393 million exported as compared 12, 396 metric tons valuing $29,565 million of same period of last year.

The other commodities that observed negative growth in their respective exports during the period under review included spices by 78% and sugar by 11%.