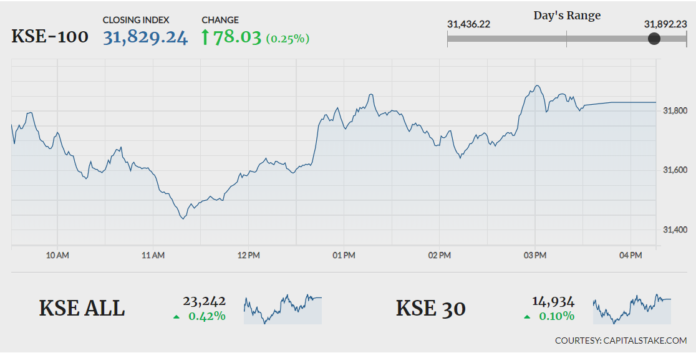 KARACHI: The Pakistan Stock Exchange (PSX) witnessed a volatile trading session on Tuesday, with the indices swinging wildly in both directions before managing to hold their ground to close in green.

In a notification sent to the exchange, the management of Sazgar Engineering Works Limited (SAZEW +1.23pc) announced a revision in the cost of its Four-Wheeler Vehicle Assembly Project from Rs1.76 billion to Rs2.10 billion after a constant devaluation of Pak rupee. The estimated date of completion has also been revised from December 2019 to June 2020.