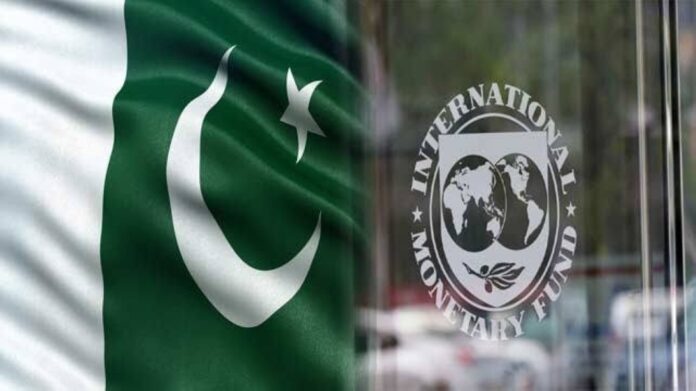 ISLAMABAD: Although the International Monetary Fund (IMF) mission, during its recently-concluded visit to Pakistan, had officially lauded the government for making “progress in key areas”, it had also expressed serious concerns over the prevalent political instability in the country.

“In their meetings with the government’s economic team, the IMF members had expressed grave concerns that political uncertainty in the country may harm the IMF programme and its objectives,” sources said. “The officials were also worried about the state of the parliament, where, according to them, was a political deadlock.”

The IMF officials feared that important legislation regarding public sector enterprises and energy sector under the IMF’s Extended Fund Facility (EFF) may suffer badly owing to a lack of political harmony in Pakistan, sources said, adding that the IMF mission was not satisfied with the country’s legislative process.

Sources further revealed the members had also expressed reservations on the country’s economic reforms, which the government had committed under the loan programme.

“Since the members of the mission are answerable to the IMF Board, they had sought from the economists suggestions and justifications for the unfulfilled tasks of the current programme,” sources added.

They said that the Ministry of Finance and the Federal Board of Revenue (FBR) had requested the IMF to provide technical assistance/consultancy for cash flow forecasting and revenue forecasting respectively.

“The demand for consultancy in revenue forecasting was quite surprising for IMF as no country availing the loan programme has requested for assistance in this regard. Every country has a better understanding and expertise at least about revenue forecasting,” sources claimed. “It was observed in meetings that the IMF members were unhappy with the performance of FBR. However, they appreciated the State Bank of Pakistan governor.”

During the meetings, sources said, the IMF mission also asked queries as to why Pakistan could not open other windows of funding after successful negotiations with the IMF. “The IMF was reportedly expecting more inflows from friendly countries and other sources after the programme.”

The IMF mission believed that the finance ministry’s intention regarding the rescheduling of debt payment to lower the pressure on reserves would also be a difficult task under the current circumstances, sources claimed.

Unlike the above observations, the IMF mission, in its concluding statement, had claimed that the country’s economic programme was off to a promising start, but decisive implementation of reforms was critical to pave the way for stronger and sustainable growth.

The IMF mission had visited Islamabad and Karachi from September 16-20 to take stock of economic developments since the start of the EFF and discuss progress in the implementation of economic policies.

IMF Mission Chief Ernesto Ramirez Rigo had commented, “While the authorities’ economic reform programme is still in its early stages, there has been progress in some key areas. The transition to a market-determined exchange rate has started to deliver positive results on the external balance, exchange rate volatility has diminished, monetary policy is helping to control inflation, and the SBP has improved its foreign exchange buffers.”