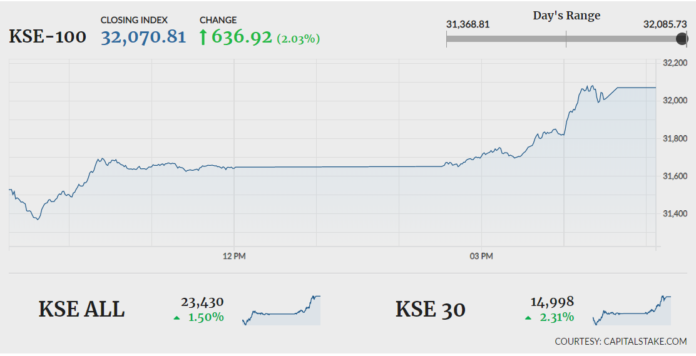 KARACHI: Bulls managed to take control of the Pakistan Stock Exchange (PSX) after a slow start to the session on Friday.

The indices started the day in the red zone but soon changed their course, helping the index cross the 32,000 mark. Foreign investors offloaded equity worth $2.76 million on Thursday.

According to data released by the State Bank of Pakistan (SBP), the total liquid foreign exchange reserves held by the bank declined by 0.79pc to $15,772.6 million as on September 20, 2019. The reserves previously stood at $15,898.1 million.

The sectors that helped the index close in the green zone included banking (+181.96 points), oil and gas exploration (135.51 points) and power generation and distribution (+60.98 points).