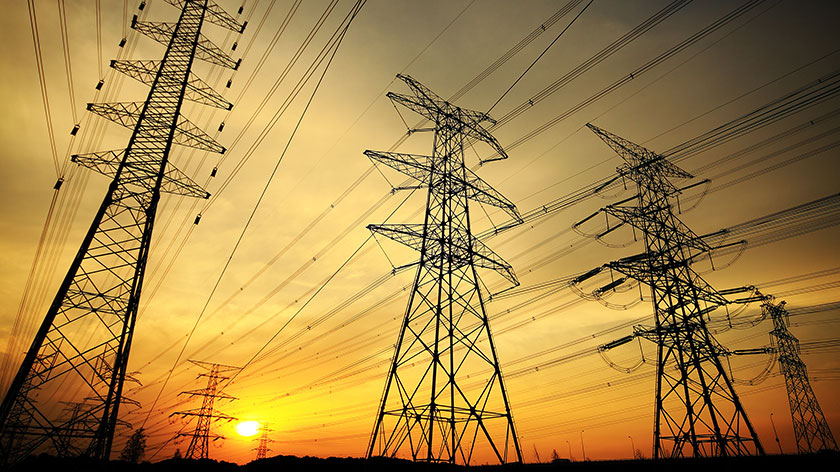 It appears to be a contradiction, but it is true nonetheless: in August 2019, nearly half of Pakistan’s electricity came from sources that do not produce greenhouse gases, yet the country’s energy mix is not necessarily getting any cleaner.

According to data released by the National Electric Power Regulatory Authority (NEPRA), the proportion of electricity that Pakistan derives from non-carbon-based energy sources – defined as hydroelectricity, nuclear, solar, and wind power – hit 47.7% of the total electricity generated in the country, likely an underestimate as the vast majority of solar electricity production in Pakistan is not connected to the grid and thus not measured by NEPRA.

This number, of course, is inflated by the fact that the summer months typically tend to have much higher generation of hydroelectricity as the glaciers that feed the Indus River and its tributaries melt and make more water available in the dams. And this year, hydroelectric power generation increased by even more than usual.

“The recent torrential downpours have been a significant contributor to higher hydroelectric power generation in recent months, as August 2019 marked the fourth consecutive month of hydroelectric domination in the energy mix,” wrote Ali H. Zaidi, a research analyst at JS Global Capital, an investment bank, in a note sent to clients on September 27, 2019.

But even if one looks at a longer period, the broader evidence suggests that the share of non-carbon-based fuel sources for Pakistan’s power generation has been growing considerably. In the fiscal year ending June 30, 2019, approximately 36.9% of Pakistan’s electricity was generated using non-carbon-based sources, the highest in at least a decade, according to data from NEPRA.

And Pakistan’s use of dirtier fuels like oil and coal has been going down as a share of the overall fuel mix for power generation. In fiscal year 2019, coal and oil accounted for just 20.7% of Pakistan’s electricity production, the lowest proportion in at least a decade, if not longer.

The bulk of the remainder of Pakistan’s electricity comes from natural gas-fired power plants, which accounted for 40.9% of the electricity produced in the country in fiscal 2019.

However, a closer examination of the data suggests that while the overall fuel mix might be somewhat cleaner, the “dirty fuel” portion of the grid’s fuel sources is getting dirtier, and undoing efforts made in other parts of the country’s energy system to combat climate change. 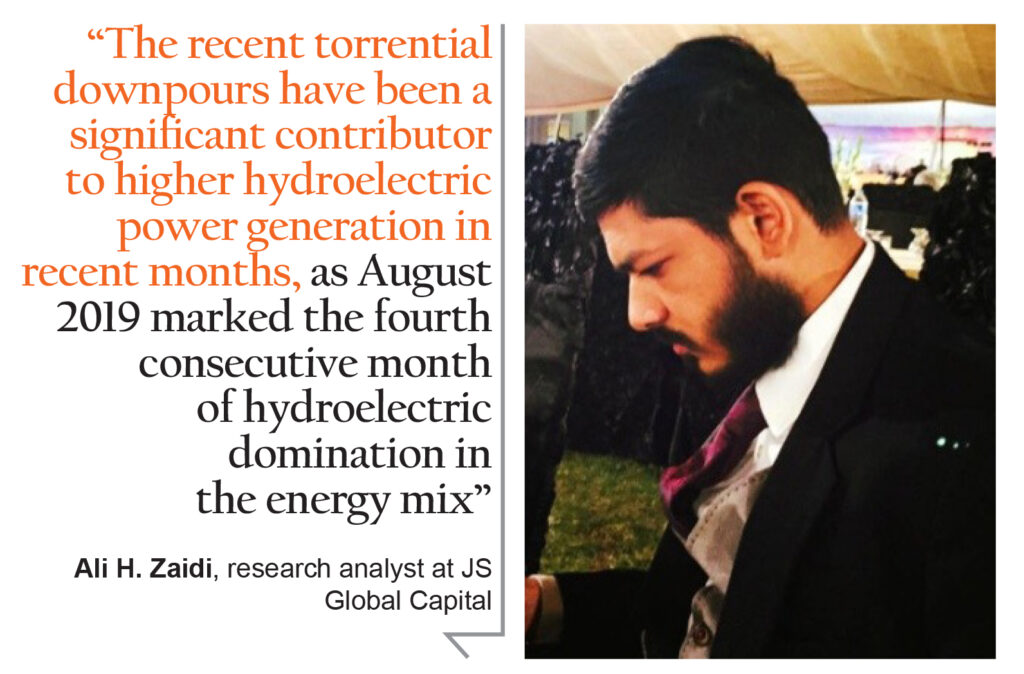 And coal’s growth spurt does not seem to be over yet. Coal was the fastest growing fuel source for the country in the first two months fiscal year 2020 (July and August 2019), growing by 27.0% compared to the same period last year. Even the unusual growth in hydroelectric power was about 23.0%, less than the growth in coal during that period.

The change in Pakistan’s energy fuel mix that has taken place over since 2013 has been two-fold: oil, which was the dominant fuel for Pakistan’s electricity generation as recently as 2015, has slowly been displaced by two competing forces: natural gas in the form of liquefied natural gas (LNG) imports into the country, and coal-fired power plants set up as part of the China-Pakistan Economic Corridor (CPEC).

The increase in natural gas as a fuel is at least somewhat understandable, since oil had replaced natural gas when Pakistan’s domestic natural gas reserves began to run low towards the end of the last decade (around 2009 or so). By setting up LNG import terminals, the country’s energy industry has been able to substitute imported gas for domestic gas.

And natural gas is a cleaner fuel than oil. Natural gas-fired power plants emit, on average, 27.5% less carbon dioxide into the atmosphere as oil-fired power plants, according to data from the United States Energy Information Administration (EIA). So replacing oil with natural gas does, in fact, reduce Pakistan’s carbon emissions.

The problem, of course, is that Pakistan is not replacing oil with just natural gas. The country’s energy system also has one of the most rapidly growing coal-fired power plant industries in the world. Coal (the lignite variety most commonly used in Pakistan), according to the EIA’s data, emits 33.5% more carbon dioxide than oil-fired power plants, and 84% more than natural gas.

The next effect, therefore, has been to nullify any attempts to reduce the amount of carbon dioxide emissions by the thermal energy industry. Using data from NEPRA and the EIA, Profit estimates that carbon dioxide emissions from the thermal energy industry in Pakistan have increased slightly – by about 0.6% – between 2015 and 2019.

In effect, the entire effort to reduce emissions by replacing oil-fired plants with natural gas has been wiped away by adding massive amounts of coal-fired electricity into the grid.

The caveat to this is the fact that thermal energy production during that period has risen by 8.5% while carbon dioxide emissions have increased by only 0.6% during that period. However, as coal-fired power plants continue to increase their share of the country’s energy mix, carbon emissions are likely to continue increasing rapidly. 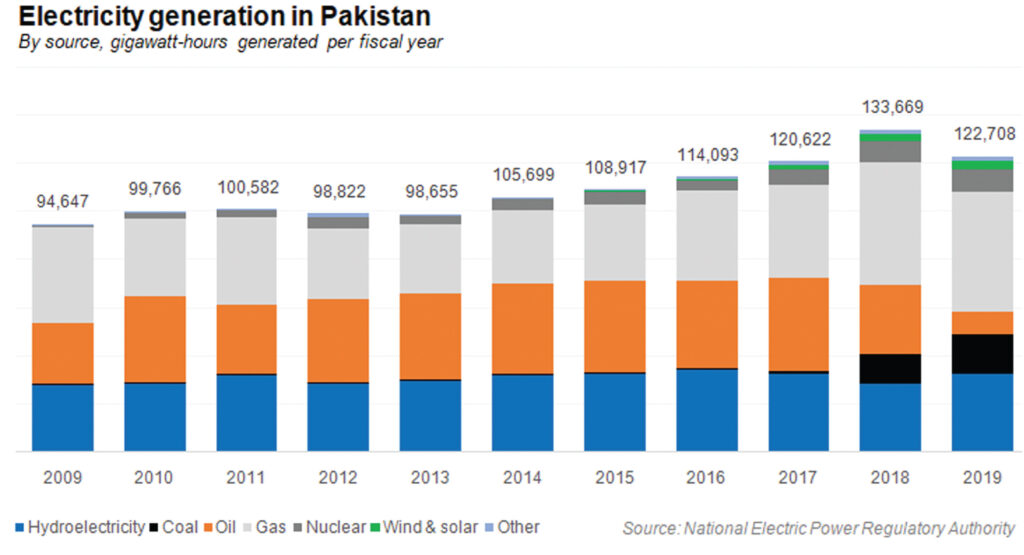 The one piece of good news for Pakistani energy consumers is that oil-fired power plants have – in the space of just four years – gone from being the base load of the electricity grid to being “peakers” again.

In their research note to clients, JS Global Capital noted that: “The share of furnace oil (FO) fell from 12% to 4% as FO-based plants only generated 506 GWh of electricity, marking a 69% year-over-year decline. This decline was mostly expected as we bid adieu to summer months, and with them, peak demand.”

Base load refers to the large power plants that run almost constantly to manage the minimum level of electricity demand that exists in the economy. These plants tend to be slow to turn off and on, and hence are kept on all the time. Peakers are power plants that can be turned on relatively quickly, and designed to meet increases in demand and turned off when that increased demand goes away.

Meanwhile, aggregate electricity demand in Pakistan declined by 8.2% in fiscal year 2019, the first year of the Imran Khan Administration, and one marked by a massive economic slowdown that has seen Pakistan’s gross domestic product (GDP) decline by 10.3% in nominal US dollar terms, the worst decline since the massive recession that hit the country in the immediate aftermath of the 1971 war.

Nonetheless, as the economy recovers, it will benefit from the fact that Pakistan’s energy grid now has significantly more electricity generation capacity than it did in 2008, the last significant recession experienced by the economy. As the Pakistani economy recovers, it will have the ability to ramp up electricity generation relatively quickly, without having to worry about having to add capacity.