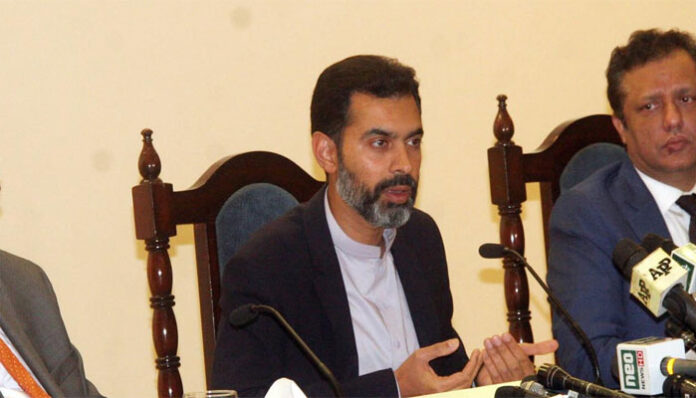 State Bank of Pakistan (SBP) Governor Dr Reza Baqir has stressed the need for commercial banks to simplify the banking system for women, asking all stakeholders to come up with proposals to enhance women’s role in financial services.

“Only 7pc to 25pc of women own bank accounts in Pakistan,” Dr Reza Baqir said while addressing the ‘LadiesFund Women’s Awards for Pakistan’ at the Governor House on Friday. “In comparison, 58pc women have access to formal financial services in Saudi Arabia and 92pc in Iran.”

He said Islam does not prohibit women from indulging in monetary affairs, adding that the provision of equal opportunities to women could help improve the national economy.

“There are examples of many countries that progressed after they allowed their women to play a role in their economies,” he maintained. “The central bank has launched programmes in 168 districts across the country to enhance the female literacy rate.”

LadiesFund Women’s Awards for Pakistan is a recognition award, the first of its kind in Pakistani history for women and is designed to acknowledge and celebrate the top female role models and achievers particularly entrepreneurs in Pakistan.

All winners on the occasion received a plaque and a LadiesFund membership card.