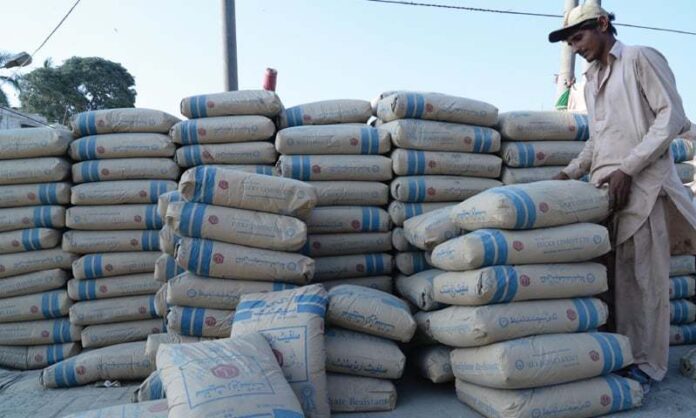 LAHORE: The sale of cement in the country has declined by more than 50 per cent to almost 70,000 tonnes per day mainly due to the CNIC condition imposed by the Federal Board of Revenue on the sale and purchase of goods worth more than Rs50,000.

According to a statement issued by the All Pakistan Cement Manufacturers Association (APCMA), high inflation and the recent depreciation of the Pakistani Rupee versus US Dollar, along with a record rise in interest rate, have also hit the cement sector hard, enhancing its cost of production manifold.

As per industry experts, more than 60pc of cement sales in the country are carried through unregistered dealers, who are not willing to abide by the FBR’s new rule.

They maintained that the CNIC condition on the purchase of goods worth more than Rs50,000 has led to a significant decline in cement sales. “Owing to the CNIC condition, cement sales have plunged almost 50pc as a majority of the cement dealers are unregistered and the demand which used to stand at 145,000 tonnes per day has now dropped to around 70,000 tonnes.”

Industry experts said the lopsided consumption pattern has benefited plants located in the northern region while those operating in the south have entered the red zone in view of over 32pc drop in uptake during the first quarter of this fiscal year.

“The government has given tax benefits on the introduction of new technology in cement plants. At present, the interest rate in Pakistan is so high that no one is considering starting a new business. Overall, the economic slowdown, reflected in a nine-year low economic growth rate of 3.3pc in FY19, has caused a sharp fall in cement demand,” the statement concluded.