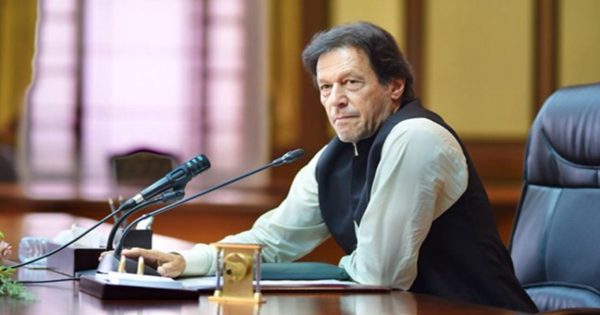 ISLAMABAD: The government has been mulling to lay off more than 30,000 employees of some 20 state institutions before June 2020, apparently to plug financial imbalances and meet the fiscal deficit of the country, Pakistan Today has learnt.

However, the Ministry of Finance, while confirming the privatisation of at least 10 institutions in the near future, refused to give any number on the termination of employees.

According to sources privy to the matter, the Tehreek-e-Insaf (PTI) government has been considering the termination of over 30,000 employees besides privatisation of some 20 important institutes before the announcement of next financial year’s budget.

They said that the International Monetary Fund (IMF) officials had moved this proposal, convincing the finance ministry to lay off thousands of employees and privatise important institutes in order to address financial imbalances and meet the fiscal deficit.

“A body constituted by the Ministry of Finance has been working and preparing the list of government employees who will be terminated as per commitment with the IMF,” sources added.

They said the finance ministry and the Privatisation Commission would ensure the bidding process for the privatisation of state-owned entities while the list of terminated employees shall be completed by the end of 2019 or start of 2020.

“The terminations will be announced after the proposed privatisation of the state-owned enterprises.”

Sources further informed that the government has already dissolved Pakistan Medical and Dental Council (PMDC) through a presidential ordinance and is set to transfer the consolidated funds to the federal kitty. “With such moves, the government will be able to cushion the federal account, helping it pay back loans to the IMF and World Bank on time,” they added.

Meanwhile, they added, all staff members of the Utility Stores Corporation (USC), Pakistan Medical & Dental Council (PMDC), Associated Press of Pakistan (APP) and Civil Aviation Authority (CAA) would be shown the door in case the government takes the decision to privatise these institutions.

Upon contact, a finance ministry spokesman termed the above-stated information as “untrue”. He, however, said the privatisation process of 10 state-owned enterprises would be completed soon, while the layoffs would be made later.

Responding to a question about the number of employees to be removed from the jobs after privatisation, he said, “I have no idea and no one is talking about any layoffs as of now.”