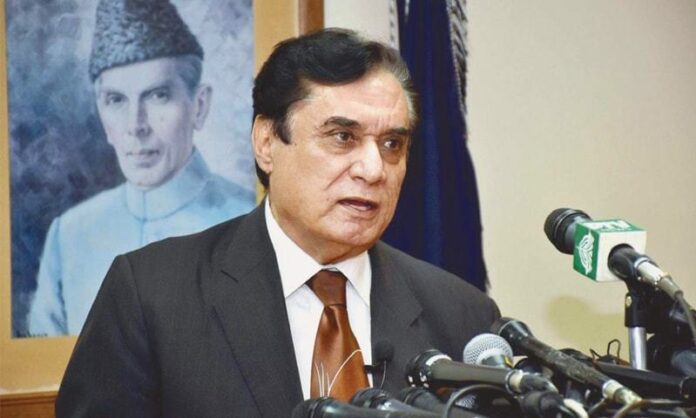 KARACHI: National Accountability Bureau (NAB) Chairman Justice (r) Javed Iqbal said on Thursday that there is a difference between tax evasion and money laundering and that NAB has not pursued any case of tax evasion as it referred such cases to the Federal Board of Revenue (FBR).

He said this while addressing the members of the business community at the Federation of Chambers of Commerce and Industry (FPCCI) headquarters.

“The bureau has no plan to pursue cases of tax evasion in future and such cases are being referred to the FBR,” he maintained. “NAB does not take direct action in bank default cases; the State Bank of Pakistan refers such cases to the bureau.”

Iqbal stated that NAB always respects the business community as it is the backbone of the country’s development and prosperity, adding that the bureau has constituted a six-member committee, under section 33-C of the NAB Ordinance, 1999, to address the reservations of the business community.

He continued that the NAB panel would review the recommendations of the business committee before forwarding its final recommendations to NAB chairman, who will then issue directives for resolution of the issues.

The NAB chairman assured that all business-related issues will be resolved through mutual understanding. However, he added, the decision of the NAB chairman will be final.

Iqbal said collective efforts are required to eradicate the menace of corruption from the country.

“NAB is taking action against those who are allegedly corrupt and were untouchable in the past,” he said. “We will bring them to justice and recover the looted money of innocent people.”

On a query, the NAB chief clarified that the bureau has no affiliation with any party, group or individual, as NAB’s first and foremost priority is the progress and prosperity of the country.

He said the bureau is conducting across the board accountability without any discrimination, adding that NAB is meant serve people and not to intimidate them.

He said every case of poor person is a mega case for him; fake housing societies looted their hard-earned money without any remorse.