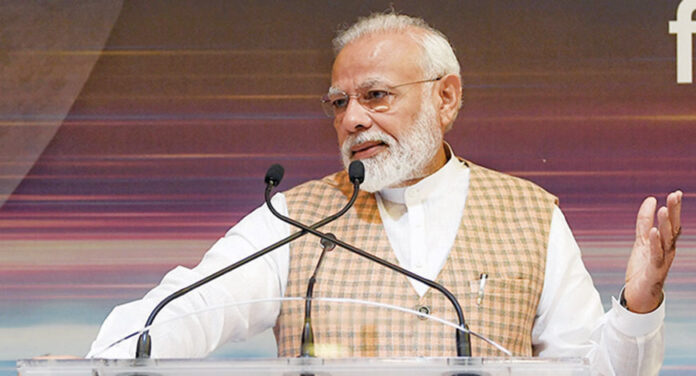 NEW DELHI: Prime Minister Narendra Modi said on Tuesday Saudi Arabia will invest in downstream oil and gas projects in India as part of a strategic partnership between the two countries, a move that would also help the world’s top oil exporter find a stable outlet for its crude.

Modi, who is on a two-day visit to Riyadh to participate in an investor summit, will meet King Salman bin Abdulaziz Al Saud and Crown Prince Mohammed bin Salman later on Tuesday.

“From a purely buyer-seller relationship, we are now moving toward a closer strategic partnership that will include Saudi investments in downstream oil and gas projects,” Modi said in an interview to Arab News, according to a statement released by his office.

Saudi Aramco along with UAE’s national oil company ADNOC has signed a preliminary deal with Indian state-run companies for a 50pc stake in a planned 1.2 million barrels per day (bpd) mega refinery on the country’s west coast.

The Indian government also plans to sell its entire 53.29pc stake in state-run refinery Bharat Petroleum Corp, at an estimated price of $10 billion.

Aramco is also eyeing a 20pc stake in the petrochemical and refining business of Reliance Industries in a multibillion-dollar deal.

During Modi’s visit, India will sign energy deals with Saudi Arabia including its participation in India’s strategic petroleum reserve.