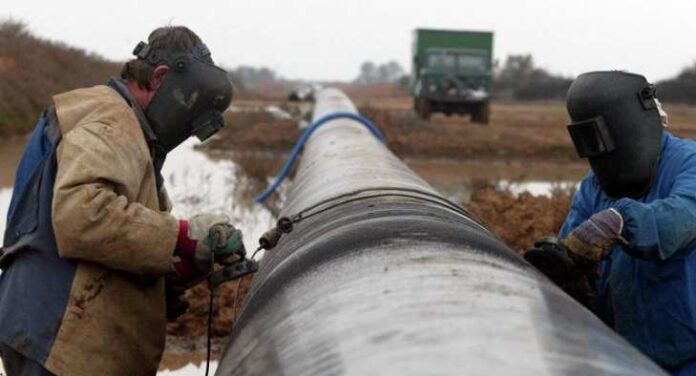 ISLAMABAD: Influential people saddled in the Ministry of Petroleum and its subsidiaries have started hatching conspiracies to shelve the North-South Gas Pipeline Project.

An unnecessary objection has been raised on a Russian company, TMK, which is recognised as a high standard entity in the US, UK and all over the world.

According to information received from credible sources, a bilateral agreement was signed between Pakistan and Russia for completion of the North-South Gas Pipeline Project. The Russian government had agreed to pay 100pc cost of the project.

Despite the fact that there was no ban of any nature on this company, the petroleum ministry offices have been levelling baseless acquisitions on the multinational company only to serve their personal interests so that they could harvest kickbacks by awarding the contract to their blue-eyed company.

The petroleum ministry and its subsidiary – Inter State Gas Systems – have objected that the US had slapped restrictions on TMK and therefore, it is not authorised to complete the project in Pakistan.

However, the management of the Russian company has refuted the accusations levelled by the ministry. TMK sources said that the company has been working with Saudi Arabia’s largest oil company, ARAMCO, adding that the Saudi government has never raised any objection on the company.

Crucial talks would be held between the Ministry of Petroleum and the authorities in December 2019 to take final decisions about this project.