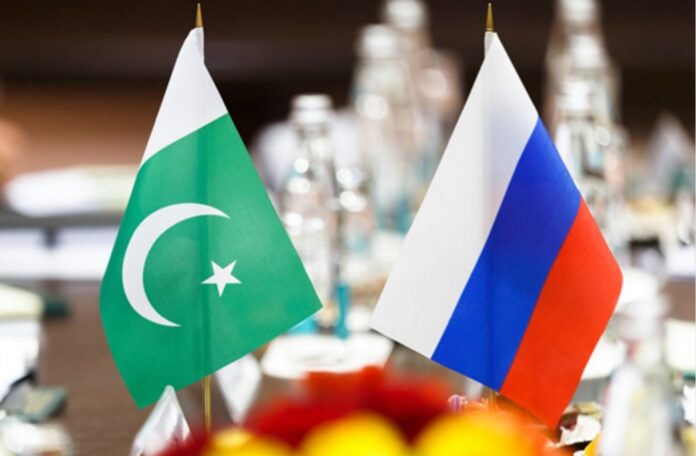 Sources privy to the development informed that the federal cabinet in its meeting on 29th October had considered a Commerce Division’s summary titled “Agreement between the Government of Pakistan and Government of Russia on Settlement of Mutual Financial Claims and Obligations on Operations of the former USSR”.

They said after necessary deliberations, the federal cabinet granted its necessary approval in this regard.

According to sources, the Commerce Division informed the cabinet that in 1980s, the then USSR and its companies used to buy textile and other materials from Pakistani companies. In order to ensure smooth functioning of barter trade, former USSR opened two bank accounts in the National bank of Pakistan (NBP). The funds in the said accounts were deposited by the Economic Affairs Division (EAD) through State Bank of Pakistan (SBP). Upon disintegration of the Soviet Union, some exports payments remained unpaid. In addition, these were also claims of Pakistani companies for unshipped goods based on orders they had generated against sea freight business obtained for USSR companies.

As the dispute got prolonged, some Pakistani companies got stay orders in the Sindh High Court (SHC), restraining NBP from transferring funds of Russian banks held in its accounts since 1996, which amount to $104.93 million and Rs1,309 million. A number of attempts were made in the past to resolve this dispute, but they had remained unsuccessful.

An early amicable settlement between the two countries will thus pave the way for enhanced bilateral political, economic and diplomatic relations.

Sharing details of division’s proposal, sources said that the division has asked the government to ratify the G2G agreement with the Russia that was formalized in November 2015. The government should remit the agreed amount to Russia as per the G2G agreement while it may allow restoration of $22.374 million by the NBP. As regards the claim of accrued interest on the two accounts maintained in NBP, the finance division in constitution with the EAD may decide the matter as per the bilateral agreements with Russia.