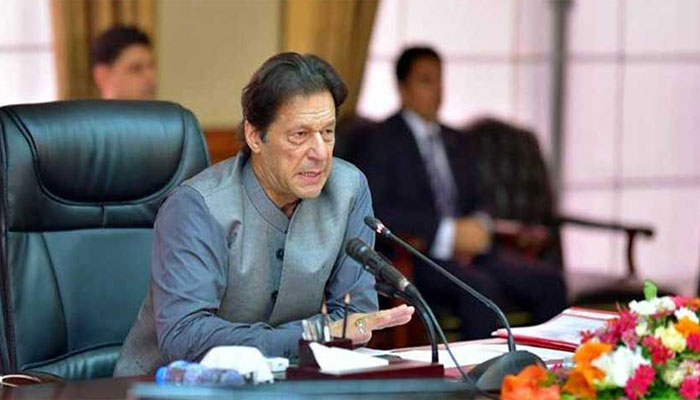 ISLAMABAD: Prime Minister Imran Khan has ordered the establishment of a ‘special cell’ in the Ministry of National Food Security with immediate effect in order to take timely decisions regarding the demand and supply of essential items.

The PM on Wednesday chaired a meeting to review the prices of essential items, particularly flour, ghee, sugar etc., as well as the steps taken by the government to control their prices.

Provincial chief secretaries briefed the prime minister on the availability and prices of flour in their respective provinces.

They informed that the wheat situation in the country was satisfactory after the supply of the commodity from PASSCO storage houses to the provinces. The PM called for taking all possible administrative steps to control the prices of essential edible items.

He directed the officials concerned to use modern technology to reduce the difference in prices in wholesale and retail markets, adding that border management must also be ensured so that smuggling of wheat, flour and fine flour could be curbed.

The meeting decided that strict action would be taken against those involved in smuggling and the government officials assisting them in this crime.

While reviewing the present situation of ghee prices, the PM directed the officials concerned to ensure reduced prices of the commodity to the public particularly after the government’s decision to defer implementation of axel-load policy for a year.

The meeting decided that a place should be provided for cultivators at tehsil level by the government where they could sell their commodities without any fee and expenditure.

The PM said besides taking effective steps by the provincial administration against profiteers and hoarders, a weekly report about essential items at district and tehsil level should also be sent to the Prime Minister Office so that real prices of the commodities could be checked.

The meeting decided for utilization of utility stores in an effective way so that the supply of essential items to the people could be ensured.

The Islamabad chief commissioner briefed the meeting about the launching of a mobile application, ‘Durust Daam’, in the federal capital to control price hike and difference of rates in the markets.

The meeting decided to expand the scope of the app in the big cities of Punjab and KP. It was decided that the app would be introduced in Abbottabad, Peshawar, Mardan, Dera Ismail Khan Rawalpindi, Multan and Lahore with immediate effect.