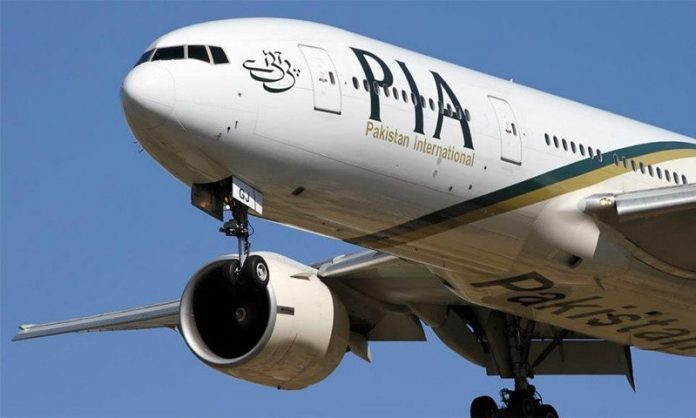 KARACHI: Chief Executive Officer (CEO) Pakistan International Airline (PIA) Air Marshal Arshad Malik in a video message on Friday, said that the efforts for improvement had started yielding results in the PIA in just one year’s time despite the challenges ahead.

He said that PIA’s revenue during the past six months had increased by more than 40 percent; seat factor also improved and was now between 80 to 84 percent which was considered a good performance indicator in the aviation industry, said a statement issued by PIA here on Friday.

The cargo space utilization of the airline has been increased from 50 percent to almost 80 percent. PIA also enhanced its engineering capabilities and now aircraft maintenance i.e. line maintenance and Check A can be performed at Lahore and Islamabad which was previously available only at Karachi, said the CEO of PIA.

He said two aircraft that were grounded since long were made serviceable in the current year and now all Boeing 777s and A320 aircraft in PIA fleet were operational and contributing towards revenue generation.

Arshad Malik said a proper aircraft spared inventory planning program, which was lacking before, had also been implemented in PIA which had reduced the aircraft down time and has resulted in better serviceability of aircraft.

Air Marshal Arshad Malik said that PIA in the current year renewed its IATA Operational Safety Audit (IOSA) certification and was now in the process of attaining EASA certification.

He said that PIA’s property assets in Pakistan and abroad were neglected and abandoned in the past, “This year, we identified these properties in USA, Amsterdam, Iran, Tashkent and other countries and are trying to make better use of them.”

PIA CEO said the airline had introduced 13 new routes in the last 12 months, and has increased frequencies of flights based on demand prospects and commercial viability. He went on to say that unlike the past, all business decisions were now made collectively.

Preliminary meetings had been held in this regard and PIA was complying with the security and safety standards of TSA. Two narrow body aircraft would also be inducted in PIA fleet by the end of the current month, he said.

The PIA chief said that no planning or up-gradation was made in the past for in-flight entertainment and passengers’ comfort on board the aircraft. This year, the in-flight system was being planned to be upgraded for the convenience of passengers on long haul flights. Co-branding initiatives had also been taken to promote tourism in the country and for providing better services to the passengers.

He said that merit had been implemented in PIA and all promotions and foreign postings had been done purely on merit without any outside influence.