CPEC to focus on welfare of masses: Asad Umar 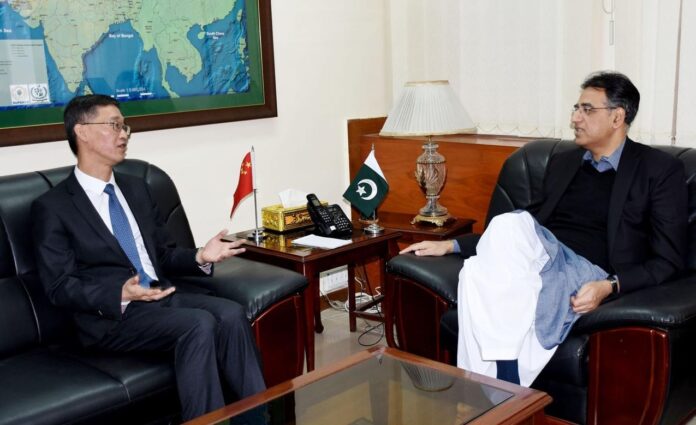 Planning Minister Asad Umar has said that ongoing phase of the China-Pakistan Economic Corridor (CPEC) would bring about socio-economic benefits for the welfare of the people, noting that the bilateral framework agreements have now entered the second phase with a focus on poverty alleviation, agriculture and industrial cooperation.

The minister was talking to Chinese Ambassador Yao Jing in Islamabad on Friday. Both dignitaries discussed future projects which would be included under CPEC.

Chinese Ambassador Yao Jing congratulated the minister on assuming the office of the planning minister. He expressed satisfaction over the progress of CPEC, saying that the pace of the CPEC projects has accelerated after the incumbent government came into power and hoped that bilateral partnership between the two friendly countries would further strengthen in the future.