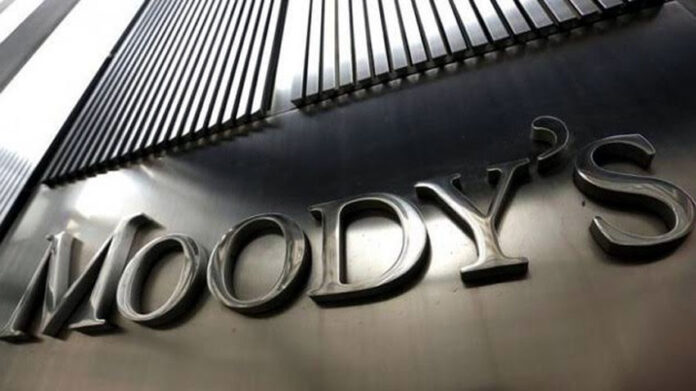 As a sign of improving economy, Moody’s Investors Services have upgraded the country’s outlook from ‘negative’ to ‘stable’, reaffirming the country’s rating of B3, the agency announced on Monday.

Although Moody’s overall statement indicates that Pakistan is much on track of International Monetary Fund’s (IMF) guidelines, the rating agency also highlighted the risks identified by IMF and the Financial Action Task Force (FATF).

While appreciating the steps taken for widening the tax net, the agency claimed that the support from IMF and World Bank will raise effectiveness of the revenue measures. However, Moody’s estimates that the revenue growth targets set by the IMF programme are challenging to achieve in full in a subdued economic growth environment. In particular, Moody’s expects Pakistan’s GDP growth to slow to 2.9 per cent in FY2020 from 3.3 per cent last fiscal year, given tight financial conditions that continue to weigh on domestic demand, before rising to 3.5 per cent in FY2021.

Regarding debt, the agency expects, government’s public debt to slowly decline over the next few years to around 75-76 per cent of GDP by 2023, which is still a high debt burden, from a peak of around 82-83 per cent of GDP currently.  In addition to the gradual decline in the debt burden, the government has already reprofiled a substantial portion of domestic debt from short-term treasury bills into longer-term floating rate bonds. This will reduce gross borrowing requirements to around 25 per cent of GDP in FY2020, from nearly 40 per cent in the last fiscal year. The government is aiming to lengthen domestic maturities further and reduce its reliance on treasury bills and floating rate debt. Moody’s expects that banks and other domestic institutional investors will retain a strong appetite for government securities. Lower gross borrowing requirements and exposure to floating rate liabilities sustained over time will reduce the government’s exposure to liquidity and interest rate risks that are currently very high.

It expects that the completion of power projects will reduce capital goods imports, while oil imports will remain structurally lower given the slow transition in power generation away from diesel to coal, natural gas and hydropower. Tight monetary conditions and import tariffs on nonessential goods will also impact broader import demand for some time, although Moody’s sees the possibility of monetary conditions easing when inflation gradually declines towards the end of the current fiscal year.

Moody’s also expects exports to gradually pick up due to the exchange rate depreciation over the past 18 months, also contributing to narrower current account deficits. It said that if the government’s policy to increase trade competitiveness and encourage production works, exports will grow more.

Giving the rationale, Moody’s said, “The change in outlook to stable is driven by Moody’s expectations that the balance of payments dynamics will continue to improve, supported by policy adjustments and currency flexibility.”

“The rating affirmation reflects Pakistan’s relatively large economy and robust long-term growth potential, coupled with ongoing institutional enhancements that raise policy credibility and effectiveness, albeit from a low starting point. These credit strengths are balanced against structural constraints to economic and export competitiveness, the government’s low revenue generation capacity that weakens debt affordability, fiscal strength that will remain weak over the foreseeable future, as well as political and still-material external vulnerability risks,” it said.

Moody’s expects policy enhancements, including strengthened central bank independence and the commitment to currency flexibility, to support the reduction in external vulnerability risks. In particular, the government is planning to introduce a new State Bank of Pakistan (SBP) Act to forbid central bank financing of government debt and clarify SBP’s primary objective of price stability. At the same time, it has strongly adhered to its commitment to a floating exchange rate regime since May 2019. These enhancements to the policy framework will foster confidence in the Pakistani rupee, while the use of the exchange rate as a shock absorber increases policy buffers.

On the fiscal side, Pakistan’s metrics have weakened recently, with wider fiscal deficits and an increase in government debt burden largely as a result of currency depreciation over the course of fiscal 2019.

Moody’s expects the government’s fiscal deficit to remain relatively wide at around 8.6 per cent of GDP in fiscal 2020, compared to 8.9 per cent in fiscal 2019, before narrowing to an average of around 7 per cent over fiscal 2021-23. High interest payments owing to policy rate hikes will continue to weigh on government finances and significantly constrain fiscal flexibility. Meanwhile, government revenue as a share of GDP, while likely to increase, is growing from a lower base, having declined significantly in FY2019.

On the expenditure side, the government has introduced a new Public Financial Management (PFM) Act, which was approved in June 2019, to instill budget discipline. The Act is in line with IMF’s recommendations and serves as primary legislation that will be accompanied by other secondary legislation to increase fiscal policy effectiveness.

Institutional enhancements, including increased central bank independence and the implementation of the new PFM Act, effective fiscal 2020, also raise monetary and fiscal policy credibility and effectiveness. Moody’s expects the government to introduce and approve a new SBP Act within FY2020, which will forbid central bank financing of government debt and reinforce price stability as the central bank’s primary objective.

On political side, the agency says that political risks remain material despite a gradual normalisation of the working relationship between the federal government and the military and judiciary, as the institutional structure involves provincial level implementation of some fiscal and development policies, including services and property tax administration and the management of special economic zones.

Reacting to the new rating of the agency, Ministry of Finance said that Moody’s, while appreciating Pakistan’s reform agenda, has highlighted the country’s progress towards macroeconomic stabilisation with reduced vulnerabilities on the external account. The agency, as per the statement, takes note of the ongoing fiscal reforms which will help in mitigating risks related to debt sustainability and government liquidity, the ministry added.

It further said that the upgradation of outlook to stable is an affirmation of the government’s success in handling the country’s economy. “The government remains fully committed to its reform agenda, which is producing the outcomes that will lay a firm foundation for accelerated, sustainable and inclusive growth in the future,” the ministry concluded.