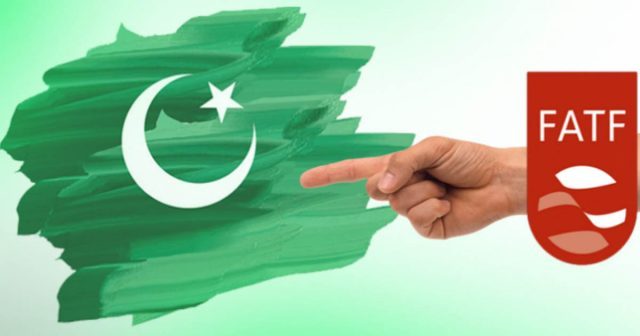 As per media reports, Pakistan has already submitted to the FATF a detailed report on the implemented measures. The report comprises answers to 22 questions raised by FATF.

The report details Pakistan’s actions against groups listed by the United Nations as terrorist organisations.

Prepared by the representatives of the ministries of foreign affairs, interior, and finance, Securities and Exchange Commission of Pakistan (SECP), Financial Monitoring Unit, State Bank of Pakistan, National Counter Terrorism Authority (NACTA), Counter-Terrorism Department (CTD), Federal Investigation Agency (FIA), and the Pakistan Army, the report noted that common people who worked in the UN-listed terrorist groups were provided alternative employment, while the control of some 113 madrassas has been handed over to the federal government.

“The said madrassas are now working under the relevant assistant commissioners, whereas the teachers and students in those institutions have been provided a two-year budget,” the report stated.

The report explained the progress of investigations into the sponsors and facilitators of terrorist activities, as well as methodologies of the SBP and the FIA to stop terrorism-financing in future.

It said that a process to halt hundi-hawala and currency smuggling has been started. However, a system to regulate jewellery and real estate businesses, as well as lawyers’ fees from petitioners, could not be set up.

The FATF, consequent to Pakistan’s responses, would schedule a meeting in Beijing, China, on January 21 to prepare follow-up conditions. Should there be any further questions from the money-laundering and terrorism financing watchdog, Islamabad was obligated to respond before December 20.

However, a categorical decision to remove Pakistan from the FATF’s grey list would be taken during a February 2020 plenary review meeting in Paris, France.

Earlier, the FATF had asked 27 questions pertaining to Pakistan’s efforts to stop terrorism financing. Islamabad satisfied the body over five of them.

At the time, Economic Affairs Minister Hammad Azhar had said Pakistan submitted its compliance report to the FATF to show its seriousness in changing anti-money laundering and counter-terrorist financing laws.

Azhar, who is also the team leader on FATF, had said, “There will be a response from them and then (there will be) face-to-face meeting.”