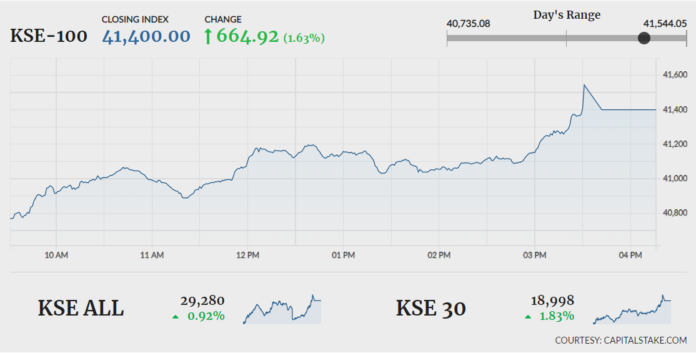 KARACHI: Pakistan Stock Exchange (PSX) started the new year on a positive note, as the indices drove north right from the word go while volumes improved significantly from the previous session.

According to the latest data published by Pakistan Bureau of Statistics, inflation clocked in at 12.60pc in December 2019 as compared to 12.67pc in the previous month. Consumer Price Index (CPI) in December 2018 was recorded at 5.40pc.

Passenger car sales fell by 24pc to 152,702 units in the first 11 months of 2019 as compared to 201,251 units in the same period of last year. Devaluation of the rupee, rise in interest rates and hike in taxes were some reasons behind the decline.