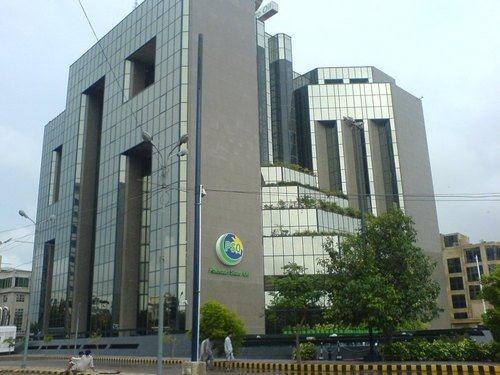 ISLAMABAD: The government is all set to appoint a managing director (MD) for the Pakistan State Oil (PSO), as the Petroleum Division, after a delay of 15 months, has forwarded three names to the federal cabinet for approval.

According to sources, the next federal cabinet meeting is likely to approve the appointment of one of the three candidates recommended by the Petroleum Division.

The candidates include Syed Muhammad Taha, Farrukh Saeed and Nadeem Zaman, with Taha’s name on top of the merit order.

However, sources said the Establishment Division has raised objections on the process of filling the vacant slot of PSO.

They further alleged that an intelligence agency, in its security clearance report, had also raised questions over the performance of PSO’s board, stating that the board had “shortlisted the candidates that do not fulfil the set criterion for the important position”.

As per sources, the Petroleum Division, after receiving nominations from the PSO’s Board of Management, had sent the same to Inter-Services Intelligence (1S1) and Intelligence Bureau (1B) for security clearance. The lSl had cleared all the candidates but IB did not clear Masood Zaidi on the grounds of financial integrity, besides pointing out that Nadcem Zaman lacked experience in the oil-related sector.

It is relevant to note that members of the federal cabinet have already asked PM to limit the role of intelligence agencies in the appointment of top officials of companies. The members were of the view that the report of intelligence agencies should be to the extent of integrity and other traits of the candidates which are generally unrecorded, adding the agencies should not comment upon the professional angle which had already been vetted and verified by the competent forum.

According to documents available with this scribe, the position of PSO MD was advertised in the local newspapers on 30th June 2019 and a headhunting firm did the shortlisting of the candidates. The PSO Board’s Human Resource & Evaluation Committee (BHR&RC), after conducting interviews and scrutiny of experience documents of the shortlisted candidates, had forwarded the names of shortlisted candidates to the Petroleum Division.

Documents revealed that Syed Muhammad Taha has a 25-year experience in oil and utilities, while Farrukh Saeed has a 34-year long experience in the oil and gas sector. Similarly, it was claimed that Nadeem Zaman has 20 years of experience working in Asia, Europe and Africa. However, IB declared that it was not true.

Sources alleged that the Petroleum Division had kept the name of Nadeem Zaman in the summary, regardless of the findings of IB, apparently to complete the procedure and to ensure the appointment of Syed Muhammad Taha as the new head of PSO.

It is pertinent to mention that PSO is a public limited company under the administrative control of the Ministry of Energy (Petroleum Division). It was incorporated under the Company’s Act, 2017, and governed by the Marketing of Petroleum Products (Federal Control) Act, I974.

Under Section 6 of the Act, the federal government may appoint a managing director under Sub-Section (l) of Section 5 of the Act, subject to an order. The MD should hold office during the pleasure of the federal government and on such terms and conditions of appointment as the federal government may determine. Moreover, as per Rule 5(2) of the Public Sector Companies Corporate Governance Rules 2013 as amended up to 2017 (the Rules), the board shall evaluate candidates based on fit and proper criteria and guidelines specified by the commission for appointment to the position of the chief executive and recommend at least three candidates to the government for its concurrence.