PM stresses use of modern technology to increase cotton production 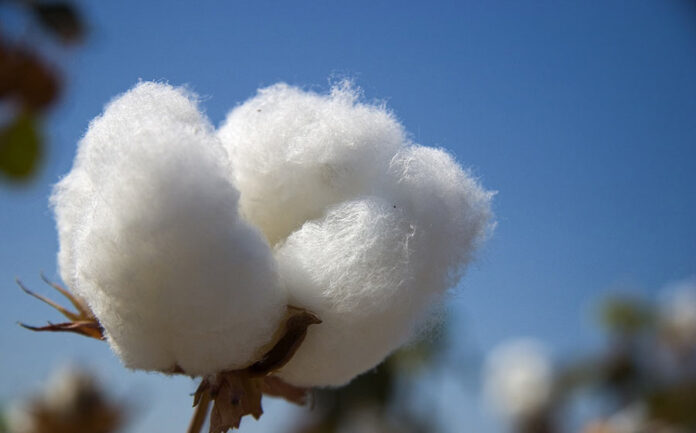 ISLAMABAD: Prime Minister Imran Khan has said the cotton crop has played an important role in the national economy and has given directives for amending the Seed Act and reconstituting the cotton committee immediately.

Chairing a high-level meeting the other day to review the cotton policy and its cultivation in the country, the prime minister directed the ministries of finance, national food security and commerce to present proposals on fixing the support price of cotton and stressed use of modern technology for increasing cotton production. The meeting discussed the share of cotton crop in the overall produce of the country and other matters including import, export and challenges to cotton production. The prime minister expressed concern over the gap in cotton production in different parts of the country. He regretted that the crop was neglected by the previous governments in terms of new seed harvesting, promotion of technology, adaptation to modern farming techniques and financial assistance to farmers.

“The apathy towards cotton cultivation not only resulted in a gradual decline in production and discouragement of farmers, but also affected the textile industry and its exports,” the premier said. He said steps for the improvement in cotton yield were on the cards in consultation with the farmers and relevant authorities.

During the meeting,  the premier was informed that modern Chinese agricultural technology would be adopted to enhance the yield of cotton crop and a centre of excellence was being established in Multan in this regard.

The government, under the Prime Minister’s National Agriculture Emergency Programme, is importing technology to save the cotton crop from pink ball worm, which will be provided to the farmers at cheaper prices.

A project of cotton farming is also being launched in Balochistan in collaboration with MEC, a renowned Chinese company.

Chairing a high-level meeting on production of cotton, cotton policy and cotton crop in Islamabad, the prime minister underscored the importance of cotton crop for national economy and gross domestic product.

He said important sectors including new seed cultivation, promotion of technology, adoption of modern methods of cultivation and farmers’ subsidies were ignored in the past to increase the production and promotion of this vital crop. The prime minister was informed that steps are being taken to promote cotton in partnership and consultation with farmers, APTMA and other stakeholders. A cotton farming project in Balochistan besides steps to promote the production of commodity in Khyber Pukhtunkhwa and Sindh.