Due to the imposition of multiple surcharges, electricity tariff for Pakistan’s export sector has become highest in region 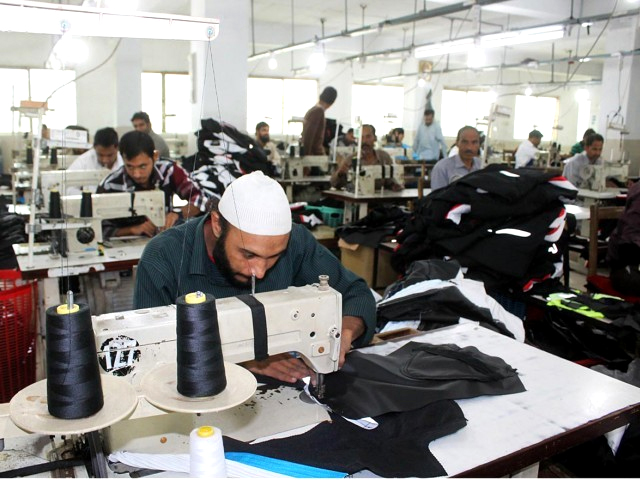 LAHORE: Following the imposition of new electricity surcharges, the export-oriented textile mills may avoid booking new orders fearing “their products would not be able to compete with regional competitors”.

A few millers had approached the Ministry of Commerce, Senate and National Assembly’s standing committees on commerce and textile for the reversal of the new tariff regime, but their pleas remained rejected.

The industry has now taken the matter to the court where a case in this regard has been fixed for hearing on January 30.

To millers, export orders will become a liability under the current power tariff regime.

“No one wants to lose export orders but we will have to,” said a worried miller. “We are reluctant to take any new export order because textile is an energy-intensive sector wherein energy share has become more than 40pc of total conversion cost in basic textile.”

Requesting anonymity, a miller from central Punjab explained his case with figures.

“The imposition of these tariffs and charges in addition to the base tariff of 7.5 cents/kWh has exorbitantly increased cost of electricity by 46pc, from Rs11.918/kWh to Rs17.41/kWh. The hike will result in a 19pc increase to the operational cost of the sector, which will render our products uncompetitive in the international markets.”

Due to the imposition of multiple surcharges on electricity, tariff in Pakistan has become the highest in the region.

Textile exporters maintained that they cannot compete with regional competitors under the current circumstances.

“In the month of December, we received bills at 11.5 cents/kWh. How can we produce export goods at such an exorbitant rate and compete with our regional competitors like China, Bangladesh, India and Vietnam?” asked APTMA Senior Vice Chairman Abdul Rahim Nasir.

He said that the country’s exports are the only sustainable solution to cater to the rising current account deficit.

Nasir urged the govt to take urgent measures for the revival of the export industry and ensure the implementation of 7.5 cents/kWh tariff in letter and spirit without any add-ons in the name of quarterly adjustments etc.

Talking to Profit, a textile exporter, who did not wish to be named, opined that withdrawal of regionally competitive electricity package would be disastrous for the industry, particularly at a time when the sector had started investing in the Balancing, Modernization and Replacement (BMR) and value addition after decade-long stagnancy.

“The industry had booked export orders based on the costing of regionally competitive electricity tariff of 7.5 cents/kWh,” he said. “Regional competitors are getting electricity at much lower rates on account of consistent long-term subsidy packages provided by their federal and provincial governments.”

Sources said that with this alarming hike in electricity prices, many textile units in the country are at the risk of closure, resulting in incessant bleeding of the economy coupled with rampant unemployment.

In the last five years, 30-35pc of the production capacity, worth $4.1 billion, had remained impaired, resulting in the country’s drop in global market share from 2.2pc to 1.65pc.

Realising the gravity of the issue, the PTI government took radical measures after coming to power and notified regionally competitive electricity tariff of 7.5 cents/kWh for the industry in its notification dated 1st January 2019.

After the issuance of said notification, the Power Division on 8th February 2019 categorically confirmed that “zero-rated industry would be charged at 7.5 cent/kWh tariff only” and all other elements including Neelam Jhelum Surcharge (NJ), fixed charges, positive fuel adjustment, and taxes would not be charged to the industry.

Sources said that adjustments in electricity and gas tariffs had provided a breathing space to the textile industry with garments exports witnessing a 32pc increase in quantitative terms in FY19.

However, against the government’s “desire” to boost industrial activity in the country, an additional tariff of Rs1.80/kWh in the name of Quarterly Tariff Adjustment (QTA) was levied in July 2019, followed by QTA2 at Rs0.63/kWh levied in October 2019 and QTA3 at Rs0.26 imposed in December 2019. Besides, Additional Distribution Margin (ADMC) at Rs0.20/kWh was also charged in October 2019.