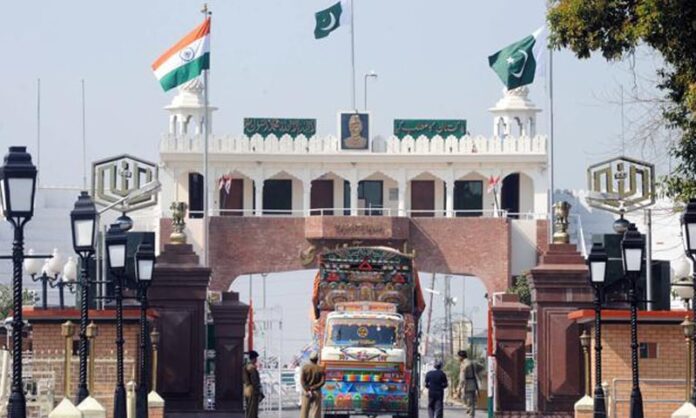 ANKARA: The tensions between India and Pakistan, resulting in snapping of trade ties have affected 50,000 people directly in India’s border city of Amritsar, according to a study conducted by an Indian research and consulting organisation.

The Sikh holy city of Amritsar, in the northwestern Indian state of Punjab, 28km from the border, is losing $4.2 million every month it used to earn because of the India-Pakistan trade through Attari-Wagah border.

The losses accounted for are collateral damages, not including the larger costs incurred by the traders, dealing in cross-border trade, said a study by the Bureau of Research on Industry and Economic Fundamentals (BRIEF).

After the Pulwama terror attack in Kashmir in February 2019 and cross-border air strikes, India withdrew the Most Favored Nation (MFN) status of Pakistan, which in turn closed its airspace for Indian planes. Five months later when India revoked the autonomy of Occupied Jammu and Kashmir and also divided the state, Pakistan stopped cross-border trade activity.

A porter working at the Attari told the research team that his life has been affected badly by the snapping of trade relations between the two neighboring countries. Unable to pay the fee, he has moved his two children from a private English medium to a government school. Two other children have dropped out of high school.

“I had such a great life, thanks to the trade. I was making $6 every day. Now survival for my six-member family has become difficult. I was forced to move two children to a government school. Two others are depressed and have fallen to drugs. I feel so helpless,” said the porter, whom the research team did not identify.

There is a similar story of another resident of Amritsar, who bought three trucks after taking a loan of $105,352 in 2016, sensing the potential of trade between the two countries.

“I could not afford now to pay installments to the bank. I sold two trucks. Many of us surrendered trucks to the banks. But the situation is such that even banks are refusing to take them back. Some of us got rid of them for the price of the trash,” said a truck owner associated with the trade.

Kulvinder Sandhu, who leads the Truck Operators’ Union at Attari, said that over the past many months marriages called off and student drop-out rates spiked as families had no money.

The tensions have also hit the cross-trade along the Line of Control (LoC) in Jammu and Kashmir.

“The cross-LoC trade, which started as a Confidence Building Measure (CBM) in 2008 was suspended in April 2019. In 11 years, it generated $1.53 billion worth trade on barter terms, supporting 170,000 job days and accounted freight revenue of $9.2 million.

“While these numbers are minuscule considering India’s overall economy, the CBM had a psychological advantage, reuniting divided families on both sides of the LoC and also making them partners in trade,” argued the BRIEF study.

In India, four Pakistani products – dry dates, rock salt, cement, and gypsum – were in high demand. But soon after the Pulwama attack, India hiked custom duties on these products to 200 per cent, making them uneconomical in the Indian market.

Pakistani dates used to cover 99 per cent requirements of dry dates in India. “The 200 per cent duty on imported dry dates translates into 1,600 per cent increase for a 24-tonne vehicle,” the BRIEF report said. The price of this poor man’s dry fruit increased by 250-300 per cent in India.

The report further claimed that numerous spinning mills of Ludhiana, a district of Indian Punjab, have lost access to Faisalabad, a district in Pakistani Punjab that provides a valuable consumption base less than 300 km away.

“There’s a similar story on the Pakistani side, where for example, rock salt that was primarily exported to India, lost a huge market next door,” said researchers Afaq Hussain and Nikita Singh, who spent past few months traveling in border areas.

The topsy-turvy relations between two nuclear-armed neighbors have never allowed trade relations to take off to its full potential. The World Bank estimated trade potential worth $37 billion a year between the two countries.

The tensions in 2019 also resulted in huge losses to airlines due to barring each other from using respective airspaces.

Airlines of Pakistan and India are estimated to have incurred losses up to $53 million and $80 million, respectively between February and July 2019. Besides, associated businesses faced various operational hassles, causing inconvenience to passengers.

India’s flag-carrier Air India took the major hit, losing $71.65 million, affecting its 21 flights every day. While among private airlines, SpiceJet lost $4.48 million; IndiGo, with flights to Turkey, the United Arab Emirates, Saudi Arabia, Qatar, Oman, and Kuwait, lost $3.66 million; and the loss of GoAir, whose overseas destinations include Oman, the UAE and Kuwait, amounted to $300,000.

Overall, around 400 Indian flights per day suffered longer routes while some 100 flights were added to the already-congested air corridors of Iran. Almost 451 km (280 mi) was added to the flight circuit from London to Singapore, adding to the cost and flight duration.

“I flew from New Delhi to London in July 2019. The journey took 11 hours. But after Pakistan opened the airspace, the flight on the way back from London to New Delhi was seven hours. I had to pay $280 more to take flight from Delhi to London,” said Nikita Singla, one of the authors of the study.

Former Indian diplomat Arun Singh believes that while Indian government decisions related to Pakistan had their logic, their impact on people and businesses needed attention.

He described India-Pakistan relations as “accident-prone”, and subject to sudden and unexpected swings towards renewed engagement or reinforced estrangement.

“Having served in Jammu and Kashmir for decades, I have witnessed from the closest possible realm how intertwined politics and economics are for border economies. Border trade and people are collateral victims of Indo-Pak stand-off,” he said.

Talking to Anadolu Agency, Afaq Hussain, one of the researchers in the project, said the cross-LoC trade in Jammu and Kashmir was essential to keep hope alive in Kashmir.

“It would have died in its infancy if not for the spirit of the people involved. It is much more than a mere commodity exchange. This cross-LoC barter was not set up to be an isolated economic activity, but to open a new chapter of building bridges and (re)connecting communities,” he said.