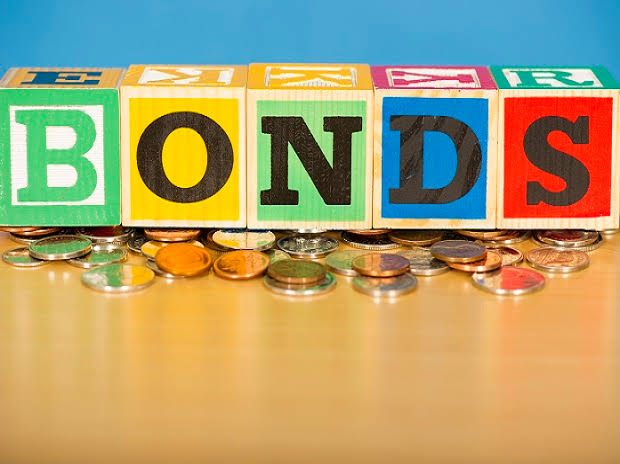 To read JPMorgan’s latest emerging markets research on Pakistan is to read a basic laundry list of ‘things foreign investors like’. Stable progress on the International Monetary Fund (IMF) program? Check. Current account adjustment? Check. Interest rate unlikely to be drastically cut? Check. As a result, the world’s largest financial institution by assets is now recommending to its global clients that they buy Pakistani government bonds, and to do so unhedged for currency depreciation risk.

“We recommend buying 6m T-bills at an indicative yield of 13.1% on an FX-unhedged basis,” wrote Saad Siddiqui and Milo Gunasinghe, two research analysts who work at JPMorgan’s emerging markets headquarters in London, in a wider research report circulated to the bank’s clients on January 17, 2020.

In fact, JPMorgan’s research reports plays exactly into what the State Bank of Pakistan (SBP) has been quietly nudging at for the last few months: that foreign investors are interested in short term debt securities, and are willing to continue investing as long as interest rates remain high and the general outlook on the economy remains somewhat positive. The SBP has gone so far as to simplify the tax regime for non-resident investors in the beginning of January.

It is this combination of factors that has led to the giant spike in foreign holdings of local bonds and T- bills, having crossed $2.2 billion. In fact, the latest auction on January 15 represents the first time that foreign investment in T-bills crossed $500 million in a single session. In fact, Pakistan’s T-bill turnover of $325 million is more than double the T-bill market in other markets like Nigeria ($80-130 million) and nearing Egypt’s ($500 million).

No one, not least the State Bank, seems concerned that this excess inflow of ‘hot money’ might create a problem further down the road, once a policy cut is made. For now, let foreign investors buy up as many short term T-bills as possible.

JPMorgan points to a few positive indications that have increased foriegn investor interest. First, there has been steady progress in the IMF program, which has ‘engendered macro-stability and injected a dose of confidence to the markets.’

“The IMF program is off to a reasonably solid start, with Pakistan outperforming on the market-critical program Performance Criteria relating to net FX reserve accumulation and the primary fiscal deficit.” the report reads.

Adherence to the IMF program comes with two critical tests, both of which Pakistan has passed: a market-based exchange rate, and a narrowing of the current account deficit.

As the report notes: “There was a significant adjustment in the currency already (USD/PKR moved from 105 to 154.5 since mid-17; and we judge it to be around fair value.”, and also “The current account adjustment is ongoing as aggregate demand slows down; the C/A deficit stands at US$6.6bn in 2019/20E, from US$20bn in 2017/18, and imports continue to fall.”

According to the report’s authors, a widening of the current account deficit is unlikely to happen, as growth remains constricted due to a tight fiscal and monetary policy.

Additionally, JP Morgan believes that the central bank is unlikely to cut the current interest rate of 13.25% anytime soon.

This is despite the fact that many in Pakistan believe that the SBP will cut the interest rate, with speculation of when ranging from anytime between end-January to early March. The current interest rate has remained stubbornly at 13.25% since July 16, 2019.

Still, as far as JP Morgan is concerned, the current interest rate maintains the carry support for the currency, while fiscal policy is constrained by the IMF program. “These factors alone should keep the currency well-supported in coming months, and enable investors to realise most of the carry on offer.”

While the predicted growth rate may be somewhat depressing, JP Morgan actually praised the “increased prominence of fiscal discipline in this program”, which is what has led to the sharpest slowdown ever (lucky us). Still, on a slightly more upbeat note, the report noted “the median experience during IMF programs suggests growth sequentially slows for 2-3 years before recovering.”

Besides, this low growth is good for FX carry trades: “Low growth is a natural consequence of policy tightening in the short run; it helps keep a lid on the current account, puts downward pressure on inflation and aids currency stability.” In the medium run, the only problem might be increased domestic opposition to the program.

On the inflation side, since CPI inflation on a year-over-year basis has continued to rise, interest rates are to remain  high. “Eventually, downside pressure to inflation from weak demand should become evident, as in past programs, paving the way for interest rates to normalize in earnest in 2021. For now, we see stable rates, with a modest cutting cycle beginning in 2H20.” 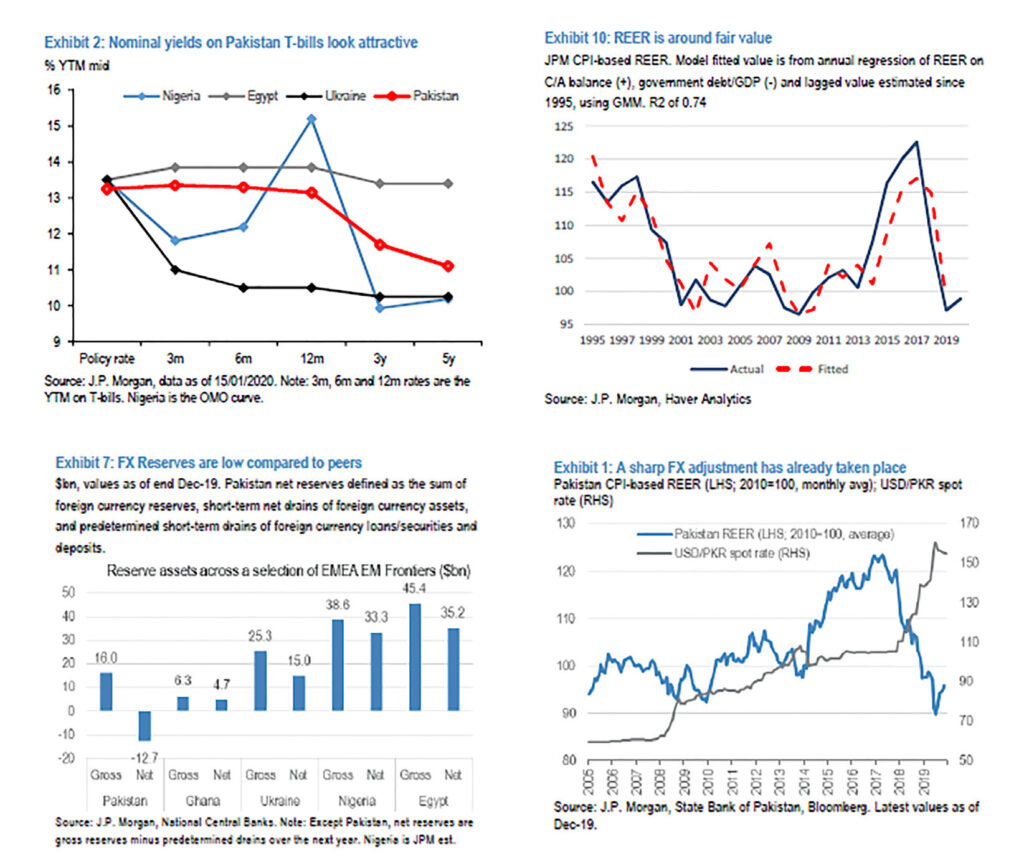 As for reserves, the SBP has managed to outperform its FX reserve targets in JP Morgan’s eyes. However gross external financing needs remain unchanged around 9% of GDP. Given this concerning balance of payments outlook, and difficult reserve targets set by the IMF in the future, the report predicts further depreciation of the rupee (again, lucky us). But the good news is the new flexible exchange rate policy advocated by the SBP, will make the adjustment period somewhat easier to stomach.

The report isn’t exactly enthusiastic about Pakistan’s medium term prospects. Pakistan can’t seem to complete IMF programs, loves to borrow, frequently runs in BoP problems, and doesnt ever have enough reserves to prop itself up. Other not so great performance indicators: an underwhelming FBR tax collection rate, with risk of once again relying on the highly unpopular indirect taxes. Then of course, it also remains to be seen whether Pakistan can efficiently tackle reforming the energy sector, or address AML/CFT deficiencies to avoid FATF action.

The report does offer some  mitigating factors. These include ‘Pakistan’s geopolitical relevance’ (a classic), and ‘a greater emphasis on monetary policy credibility and orthodoxy’ (almost unheard of in relation to Pakistan).

“Developing the local bond market as a viable and durable source of diversified fiscal and BoP financing, by eventually issuing longer- term debt and targeting index inclusion to attract a captive investor base, could offer a new buffer against modest-sized shocks.”  the report advises.