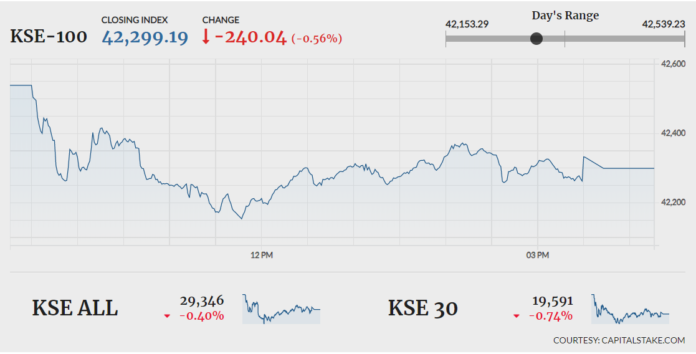 KARACHI: It was a tough day for investors at the Pakistan Stock Exchange, as they saw the indices crumble once again on Tuesday.

Volumes declined from the previous session as investors preferred to stay on sidelines ahead of the monetary policy announcement; the State Bank of Pakistan has kept interest rate unchanged at 13.25pc for the next two months.

On the market front, ICI Pakistan Limited (ICI +5.50pc) announced its financial performance for the second quarter ended December 31, 2019. The company’s sales increased by 1.29pc to Rs14.97 billion while its cost of sales shrunk by 6.33pc YoY. The company’s earnings per share improved from Rs2.63 to Rs12.38.